Jerry West Laments the Game That Might of Been 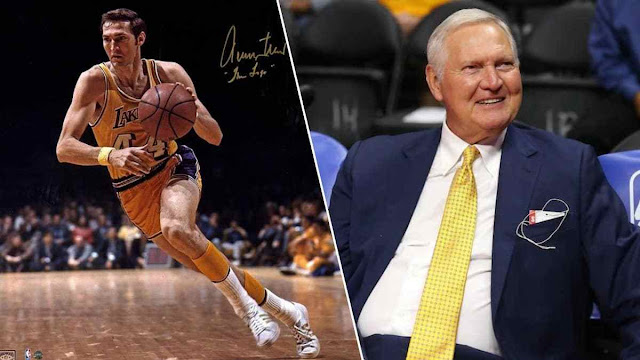 One of the greatest to ever do it is just like you and I, he misses the game!

Jerry West played 14 seasons with the Los Angeles Lakers. He is 82 years old. He is a basketball Hall of Famer. His image is the current NBA logo. He is, without exaggeration, one of the greatest to ever play the game. After his playing career was over, he established himself as one of the best Executives in the game. Everything the man known as “The Logo” touches, seemingly turns to gold.

Jerry West is a fan. He was enjoying the accession of the Los Angeles Clippers team that he had a hand in putting together. Additionally, he kept a watchful eye on the team down the hall, his former team, the Los Angeles Lakers. He knew that in the decades these two teams have co-existed they had never really been on equal terms.

Look at these game results for the Clippers against the Lakers since the team moved to Los Angeles from San Diego.

The only blemish for the Lakers between 1984 and 2011 was the year 1992. That season the Clippers not only beat them in the head-to-head match-up, they had a better record than them. The Clippers finished at 41-41 while the Lakers were just a little worse at 39-43. Both teams lost in the first round of the Playoffs.

For the Clippers that season marked the second year in a row they made it to the Playoffs. The Lakers actually missed the playoffs the following year. That no-playoff drought lasted exactly one season for the Purple and Gold as they rattled off another amazing streak of 10 straight playoff appearances from 1995 through 2003.

During that streak they got back to demolishing their hapless “little brother”.

Then, the NBA gifted the Clippers Chris Paul. While the Lakers clearly owned the match-up from 1984 through 2011, Chris Paul and the Lob City Clippers flipped the switch. Since the 2012 season Los Angeles has belonged to the Clippers.

Which takes us back to the Logo. In a recent interview with Ernie Johnson Jerry West said “We were ascending OK, and now when are we going to get back? No one knows. The Lakers, across town, this would have been an incredible thing for basketball if some way, somehow these two teams could have played in a Western Conference Final. I think you would have seen record numbers on TNT,”

Record numbers to be sure!

The Lakers v. Clippers is not really a rivalry. It can’t be simply because for all their battles in the regular season, the two teams have never met in the Playoffs. That is where rivalries are born. To meet, not just in the Playoffs, but in the Western Conference Finals with a ticket to the Finals as the prize would have been… amazing.

You know that. I know that. Jerry West knows that. At the end of the day, we are all just fans that miss our game!