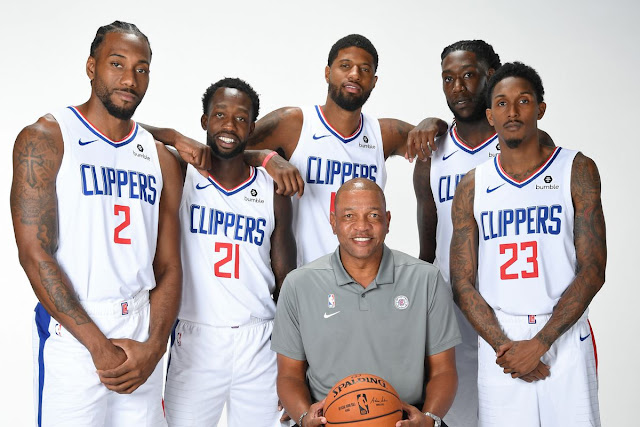 Losing this season (should it happen) is a bummer for the Clippers, but they are well positioned for long term success

The Los Angeles Clippers have been good enough now for long enough that, for some fans, that is all they know. When they think of the Clippers they think of a well run franchise. A franchise owned by the richest owner in sports, led by one of the best coaches in the Association with an exceptional front office.

They think about the great players that wear a Clippers jersey. Kawhi Leonard, Paul George, Lou Williams and more. Some, may even harken back to the good “old days” of “Lob City”. They think back fondly to the early 2010’s when the team turned a corner by adding Chris Paul.

For those of us that pre-date the 2000’s however, we have different memories of the Clippers franchise. We remember a poorly run franchise. One that was owned by arguably the worst owner in the history of the Association. Hmmm, maybe the history of sports. Quite possibly, the history of owning anything ever.

The coaches back then were fine, but never really given a chance to succeed. The front office too was held back. Both the coaches and front office made decisions with the team they were given or built to be complicit in the absurdity that was the Los Angeles Clippers.

Thankfully, those memories have largely been over-shadowed by the teams recent success. Now it’s kinda like seeing pictures of your model girlfriend back before the braces and the acne cleared up. Sure, she was, ummm, less than optimal then, but look at her now! Today, the Clippers are the cream of the Los Angeles professional basketball crop.

It’s one thing to be good on the court, like the Clippers have been. However, the key to longevity is being good off the court. Having a process that stands the test of time. Think, the San Antonio Spurs. Having consistency that starts from the top in terms of how to communicate, then to communicate, what to expect, etc. When you join a quality organization you know what is expected of you and your place in the big picture. When you join a less than stellar company you are given a desk, a phone and a hearty pat on the back.

The Clippers are more than a good team, they are a quality organization.

One clear indication of that is the lack of news coming from, or about, the Clippers during this very long suspension of play. While the Lakers are dealing with Anthony Davis’ real estate dealings and the embarrassment of a clearly not-thought-through loan application, the Clippers have been, well, silent.

It’s all quiet on the Clippers front.

Probably the biggest news to come out about the Clippers in the last month was that Kawhi Leonard lost the lawsuit he filed against Nike. But after that news broke, there were crickets. No reply, no reaction just, crickets.

Clippers fans are lamenting what could of been. Right now they should be cheering their team on in the NBA playoffs. They should be anticipating a showdown with the Los Angeles Lakers in the Western Conference Finals. They had hoped to be planning to see their team, the long suffering franchise, finally lift that Larry OB trophy at the end of the NBA Finals. Instead, they are reading this in between watching the replay of Game 2 against the Warriors in the 2019 playoffs for the 10th time.

This is not an easy time for any NBA basketball fan!

Clippers fans take heart however. Your team is poised for long term success. Which is evident as much in the players they have under contract as it is in the news coming from their camp during this weird, weird time.