Lakers Loan Revelation is a Bad Look For the Proud Franchise 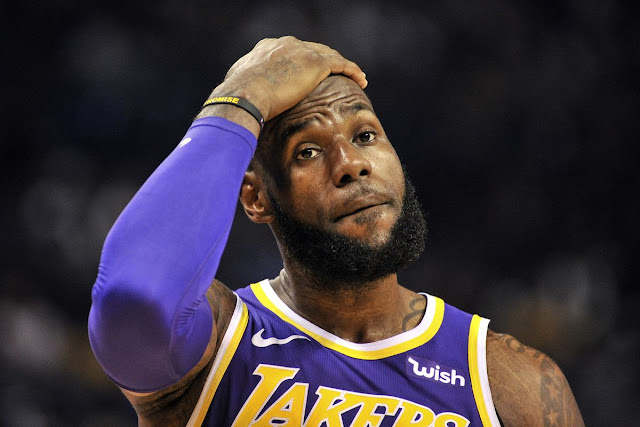 The Lakers franchise is highly valued, yet, they applied for an emergency small business loan. Huh?

The Lakers franchise did what?

Even the most die-hard Lakers fan was left scratching their head at this revelation. Why would the second-most valuable NBA franchise with a whopping $4.4 billion valuation file for this loan? Are the Lakers strapped for cash? Are they looking to collect cash with an eye on Giannis Antetokounmpo’s pending free agency?

Lets start with the obvious, no this had nothing to do with pairing Giannis with his brother Kostas, who is already on the Lakers roster. But, who would blame the Purple and Gold if that was the motivation behind this loan? I mean, that would at least make sense.

The Lakers were approved for this loan based on the fact that they employ over 400 full and part-time employees, according to LinkedIn. To their credit, they are not planning to furlough or lay off any of their employees. To make sure they can continue to pay their team of non-players who are essential to the success of the franchise top Lakers executives agreed to defer 20% of their salaries. Finally, they returned the loan they were granted. Those are the good things that came out of this.

Sadly, there are some bad things.

Foremost among them, why would the Lakers franchise apply for this loan? Some defenders are framing this as a gift the government “gave” the Lakers. Calling it “free money” some are painting the Lakers as the person who found a wallet stuffed with money and returned it. But, no, that’s not what happened here. To be more accurate, the Lakers were the person who purposefully bumped into someone, deftly reached into their pocket and performed a wallet-ectomy.

As if to add insult to injury, we know now the Lakers were the only franchise in the Association to make this request. No matter how you slice this, it is a bad look for the proud franchise.

So bad, that it reached the highest level of government.

Treasury Secretary Steven Mnuchin called himself a fan of the team as a way to add a little sweetness to the slam that came shortly thereafter. He said, “…I’m not a fan that they took a $4.6 million loan. I think that’s outrageous and I’m glad they returned it or they would have had liability”.

Ouch. Like I said, this is just not a good look.

In that same press conference where he took the Lakers to the woodshed Mnuchin said he was implementing a process where any loan over $2 million will undergo a thorough review by the Small Business Association. Now, this was no doubt implemented due to the Lakers actions along with other big businesses that also opted to apply when they likely shouldn’t of. Not the type of group you want to be associated with if you’re the Lakers.

As was called out earlier, the Lakers did a lot right throughout this pandemic and even after receiving this loan. They agreed to not let anyone go, their executives took a pay-cut, and they returned the money they should have never asked for. All great things that, sadly, pale in comparison to the action taken in asking for the loan in the first place. Then, in an effort to make things better, they tried to explain why they did it.

Which, actually, made things worse.

“The Lakers qualified for and received a loan under the Payroll Protection Program,” the Lakers said in a statement on Monday, according to The Guardian. “However, once we found out the funds from the program had been depleted, we repaid the loan so that financial support would be directed to those most in need. The Lakers remain completely committed to supporting both our employees and our community.”

So, if the Lakers hadn’t found out that the program was depleted they would have kept the money? I mean, it’s not a stretch to infer that based on this statement. Wouldn’t it have been better to say something like, “Look, we messed up and it won’t happen again”. Instead, this reads more like “Look, we are sorry we got caught, but you know, its all good now”

The Lakers are one of the most successful teams in the history of the NBA. They are a global brand that excels in many areas, on the court and off. This one turnover won’t define then, but it’s impossible to ignore it because it was the Lakers that did it. Great players brick free-throws, miss dunks and throw the balls into the stands. Accidents happen. This however, is more on par with a player suffering through all those gaffes regularly over a season.

This is Michael Jordan averaging more missed dunks than made field goals. This is Stephen Curry averaging more turn-overs than made threes. This is a Chris Paul stealing the ball from Shai Gilgeous-Alexander every other time down the court. Or, as the original Ghostbusters once put it.

Mass hysteria indeed. Not a good look for the Los Angeles Lakers.