Anthony Davis Lists His Home – He’s Not Leaving, Is He? 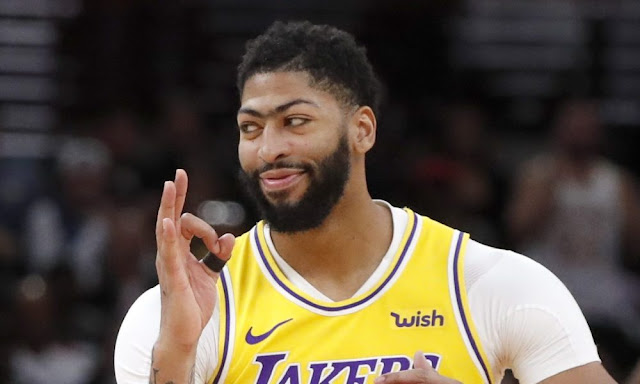 No Basketball, but still plenty of Lakers news. Some, not all that reassuring

The lack of NBA basketball, no, the lack of sports, has resulted in some very interesting situations. Some of us are reading, starting hobbies reconnecting with loved ones. Others are growing more and more frustrated, looking for old games online and reacting as if we don’t know the outcome and finding obscure sports – any sports – on any platform to satisfy our hunger!

Another offshoot of our sports-free environment is that news that may have otherwise fallen under the radar is front and center.

Consider the news headlines the Lakers had to endure over this past week. First came word that Anthony Davis listed his home in Westlake Village. AD has been nothing short of spectacular for the Lakers this season and Lakers fans around the world had settled into him carrying the franchise forward after LeBron James retires. As hard as it is to imagine considering the numbers he put up before the season was suspended, LBJ is closer to the end of his career than the peak.

Then, the Chicago native, soon to be free agent, throws those fans a curveball.

Could he really leave? He wouldn’t leave the Lakers…would he? Why would he leave? If he leaves I’m gonna be MAD!!!!

Lakers fans didn’t panic, but they surely didn’t like this news. Now, is it really that big a deal? Nope, not really. As difficult as it may be for us to wrap our heads around this $8 million doesn’t mean too much to the man earning $27 million this season with a listed net worth of $60 million.

Interestingly, the root of any panic fans of the Purple and Gold may have felt at the news could have to do with Davis’ current teammate, Dwight Howard. In his first go around with the Lakers Howard picked another team over them which sent serious shock waves throughout Lakerland!

Did Dwight really leave? Why would he leave the Lakers? I’m sooooo MAD!!!! He was never really a Laker!

Understand that if Davis follows the same path the shock waves will be much more intense. Davis now means so much more to the Lakers and their future than Howard did then. But, the chances of him leaving are still small and this news, albeit not all that welcoming, is nothing to get too worried about.