So Where Do We Go From Here? 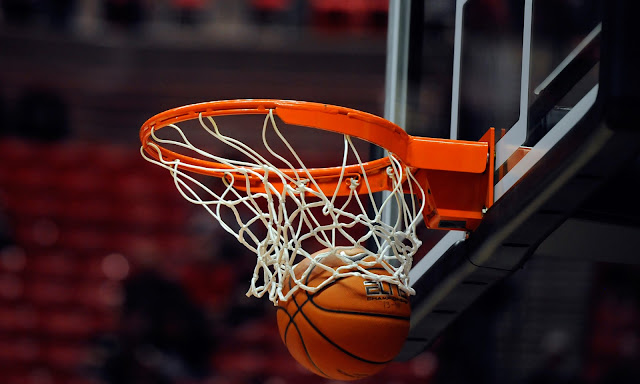 As the NBA works to bring back the game we love we wrestle with the abnormal reality we live in and wonder what the game will be like when/if it returns.

I will be very honest with you, right now it’s hard to write for a basketball blog. LA Peach Basket was created to give a voice to fans of the best teams in the National Basketball Association, the Los Angeles Lakers and the Los Angeles Clippers. Well, to be fair, back when LAPB launched the Clippers were no where near the top tier of NBA teams. In fact, they were bad. Awful really. Laughingly horrible.

Today, they and the Lakers are two of only a handful of teams with a legitimate shot at lifting the Larry OB at seasons end. They were first and second in the Western Conference with both teams playing great basketball. In fact, if the season would have ended with them at the position they enjoy now it would have set up a potential LAL v LAC Western Conference Final which would have put the sleepy town of Los Angeles on the map!

The type of reality our world hasn’t seen in over a century. The NBA stopped. When I think back to how abrupt that stoppage was it really shocks me. One day we were enjoying basketball the next day we weren’t. It started with a surprised Mark Cuban, then a careless Rudy Gobert and now a COVID death in the NBA family.

Yet, writing is what helps me process the craziness of the world around us. My hope is that reading helps you in some small way. As I consider where the NBA can possibly go from here as it works to salvage the season my thoughts are with Karl Anthony-Towns and his family as they deal with the unimaginable passing of KAT’s mother at a young age.

Those of us fortunate enough to have an affinity for basketball look to it as an escape from the outside world. It’s not just basketball but sports really. When a fan is watching his or her team, the reality of the world stops for a few hours. There’s no worry of the bills that have to be paid, the paper that has to be written or the lawn that has to be mowed. All that matters is watching our team play.

Now, when we need that distraction more than ever, our teams aren’t playing.

It’s exciting in this difficult time however to see other things fill in that gap that used to make us fans happy. Let’s call it the happy gap! Probably the most popular such gap filler at the moment is John Krasinski’s SomeGoodNews YouTube channel. In just a few episodes Krasinski has reunited the cast of Hamilton for a fan and got David “Big Papi” Ortiz to host a huge thank you to Boston area emergency workers that culminated in a virtual standing ovation of the workers by the Boston Red Sox and prominent Boston area politicians.

I didn’t cry as I watched it, but you might. Just saying.

As fun as it is to watch that and others like it, it’s not the same. We miss the thrill of a close game. The excitement of that first pitch or corner kick goal. As basketball fans we yearn for that corner three from our favorite player with no time left on the clock with our team down by two.

I don’t feel great admitting it, in light of everything that’s going on, but it’s true – I miss basketball. It’s not the lack of basketball that is making this difficult. It’s knowing that the game should be played right now and it’s not.

It’s likely the 2019-20 season will not have a Champion. That’s a truth we have to begin to process as basketball fans. But even worse than that would be a pseudo-Champion. I am all for the NBA season re-starting, but I am not OK with the NBA crowning a Champion. I realize how odd that sounds, but hear me out.

It’s impossible to deny that any team that is awarded the NBA Championship this season will forever be remembered as the team that won in the midst of a global crisis. The Championship wouldn’t be so much marred as it would be over-shadowed. I just don’t think that’s fair to any franchise who works hard to lift the trophy at seasons end.

It’s not fair, it’s not right, but to me it’s undeniable that if a Champion is awarded the 2019-20 Larry OB it simply will not be viewed as on par with all the other Championships that came before it. Would any franchise be willing to accept that stigma? Even a franchise like the Clippers who have won as many NBA Championships as I have in their 50 years in existence may think twice about accepting that banner.

I trust Adam Silver and the team that runs the NBA to make the right choice. I’m just not sure that crowing a Champion needs to be a part of that choice. Let’s bring the game back. Let’s have an NCAA single-elimination May Madness Tournament for money and bragging rights where every team in the Association is included. Let’s do something unique.

But, lets not call the last team standing the Champion.

Instead, after surviving this unbelievable Global pandemic, whichever last team is standing after the 2019-20 season ends will forever be known as the Conqueror! In place of the Larry O’Brien trophy, the Conquering franchise gets the honor of donating all proceeds from advertisements and a percentage of salary to emergency workers in their city.

Let’s let the last team standing earn a special place in NBA lore, not because they won the Championship, but because they did something much more impactful. They brought joy back to fans throughout the world and through their generous donations they had a life-changing on the heroes in their city.

We are not living in normal times. It may be a while before we get back to what we used to call normal. Let’s not try to crown a normal NBA Champion in the midst of an abnormal time.

No, let’s do something better!