It’s Time to Discuss the Possibility 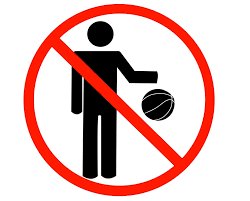 I honestly feel bad admitting this, but that doesn’t make it any less true. I miss basketball. I feel bad because it seems like such a petty thing to miss. I mean, we all go without basketball from June until October anyway. This is different, obviously, because this is the time we should have been watching. Instead, we are relegated to NetFlix, YouTube, Hulu, etc.

Of course, there are options to get your basketball fix. You could always watch some of the classic games that are now free on NBA League Pass. You could also see highlights of your favorite player or team on a loop on YouTube. I admit to dipping my toes into the Alex Caruso highlight reel. Finally, if you are brave and adventurous enough, you could explore other athletic options like I did when I was blown away by FlyBall!

All those things do however is pacify, they don’t satisfy.

I never thought this would be over quickly, but seeing what Mark Cuban said recently really put things into perspective for me. Cuban, the owner of the Dallas Mavericks and as “in” with the goings-ons of the NBA as anyway recently commented on the current NBA suspension by saying this.

“I have no idea [when the NBA will return]. … I haven’t had any conversations where anybody’s even discussed an actual date at this point.”

Mark Cuban on a timeline for the NBA’s return. pic.twitter.com/IF341qjueU

What makes this a bit more painful than it already is, is the fact that Cuban has a more optimistic outlook not too long ago. Just a few weeks ago Cuban was optimistic, predicting that games would return with the season likely playing through to July or August. Although not ideal for the players or fans, I’m confident both would take a prolonged NBA season over no NBA season at all.

Which is the scariest of thoughts for NBA fans, but something we have to begin to wrap our heads around. The season may be cancelled.

No continuation of the regular season. No playoffs. No idea if the Lakers return to glory or if the Clippers finally break through. No NBA Champion. No professional NBA basketball.

If you consider the top sports leagues in the USA, NFL, NBA, MLB and NHL as a single entity they have been playing championships since 1903. Between then an now, a staggering 117 years. In those 117 years this fictitious combined league has not played their championship game three times. All three were due to internal squabbling.

Of course it was Boston v. New York!

In short, the National League Champion New York Giants refused to play the American League Champion Boston Americans because they saw the Boston club as a junior or minor league team. The Giants felt they were the champions of the only real league.

So ya, that happened.

As I was researching this however I was surprised to find that cancellation of a season and championship game due to something other than human stupidity has happened before. In fact, a championship series was cancelled after it had already started due to a virus outbreak known as the Spanish Flu in 1919!

Back then the NHL was just one of two hockey leagues along with the Pacific Coast Hockey Association league. The champion of the NHL would play the champion of the PCHL. In 1919 that meant the Montreal Canadiens of the NHL were matched up against the Seattle Metropolitans of the PCHL in a best of five series. The series was actually tied 2 games to 2 when health officials were forced to cancel the deciding game.

Things got worse from there.

Most of the Canadiens players and their manager George Kennedy fell ill with the flu and were hospitalized, leaving only three healthy players. Three healthy players! The flu would claim the life of Canadiens defenceman Joe Hall four days later. Kennedy was permanently weakened by his illness, and it led to his death a few years later.

Which is wake-up call that puts things into perspective.

I’m not ready to wrap my head around even the possibility that we won’t see any more NBA basketball this season. I don’t want to consider not given Vince Carter a proper goodbye. Not being able to see the next person Ja Morant decides to jump over, or Zion Williamson’s next “WOW” moment. I’m not ready to say goodbye to the LA Clippers v. LA Lakers Western Conference Finals which would have energized Los Angeles in ways it had never been energized before.

I’m not ready, but now… I understand that it’s possible.