When a Hero Dies 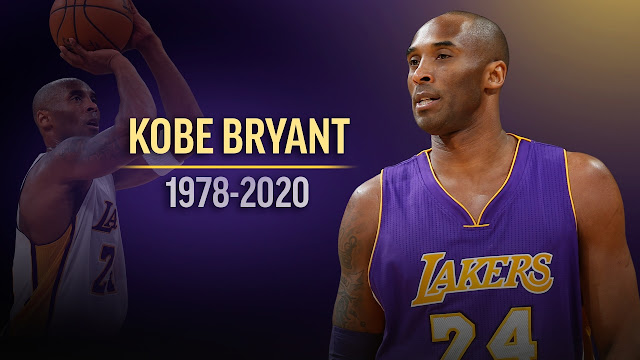 For many, Kobe Bryant was family and his death hits hard

I have lived long enough to have experienced death. Family members and close friends of mine have passed away. When someone close to you, someone who raised you or was a brother to you dies, it’s like a part of you dies with them. The pain of that loss is, in many ways, indescribable.

The passing of Kobe Bryant and his daughter Gianna isn’t that type of pain, but it is shocking how close it comes.

I never knew Kobe or Gianna personally, yet their loss has had an impact on not just me, but many Lakers and NBA fans throughout the world. It’s as if we knew them. It’s as if he was family.

That’s where things get a bit more clear as you start to dive into the grief we are all feeling. We watch basketball for the escape of it. We love to live vicariously through the exploits of athletes we always knew we could be deep down inside. We attach ourselves to a team; they become ours. What might start for some as an innocent attraction quickly becomes an addiction of sorts.

They, like many die-hard fans throughout the Association, know the starters on their team, as well as the bench players, the coaches and the players they need to trade for to be just a little better. We root for our team because they are OUR team!

Few of us knew him personally. Some of us got to watch him perform live. A select few may have actually interacted with him in some way. But, to all of us, he was ours. We were connected to him which is why this hurts like it does.

I will forever remember Kobe taking a team that limped into the playoffs as the #7 seed in 2006 and willing them to three straight victories against the #2 Phoenix Suns. He made shots in those games that were beyond description. Made shots that were so well defended there was literally nothing else the Suns players could do but shake their heads.

He was that good.

I will forever remember the attempts many made to give Kobe a nickname worthy of this play. Stu Lantz tried to get “Dagger” to stick for a while. The name made sense, Kobe had a way of taking the big shot to ice a game. The shot that sucked all the wind out of his opponents. The kind of shot that made the home crowd at a Lakers away game sit down. Kobe “Dagger” Bryant made sense. It didn’t stick though, so Kobe came up with him own nickname.  Who gives themselves their own nickname?

He will, of course, forever be known as the Black Mamba.

There were bumps in the road, there are bumps on all roads, but Los Angeles was enthralled with Kobe. In a city that had enjoyed greatness from their basketball team in the past, Kobe Bryant personified the grit, grind and mentality of the new era of Lakers greatness. When he made shots, we cheered, when he missed them, we groaned. What LA never did however was lose faith in Kobe Bryant.

Now that he is gone, we grieve.

I have found that one good way to process the pain, is to understand that our heroes were who they were because of the models that came before them. Bryant made no secret of being a student of the game. He studied the greats, Jordan, Russell, Johnson and so many others. He took what was good in their game, in their preparation, and made it his.

Now, its your turn.

Whatever it was that made you a Kobe fan, own it. Make it yours.

Today I’m thinking about Kobe Bryant and his daughter Gianna. I’m thinking about his wife Vanessa and other daughters Natalia, Bianka and Capri. My thoughts then shift to those in my life who have passed away, Rafael, Steven, Mack, Coach Hale, Greg, George and Stacy. Those deaths took a part of me and in some cases, the pain still lingers. I carry each one however, Kobe included, in who I am.

That is how our heroes live on.