The NBA’s Western Conference is a Two-Team Race 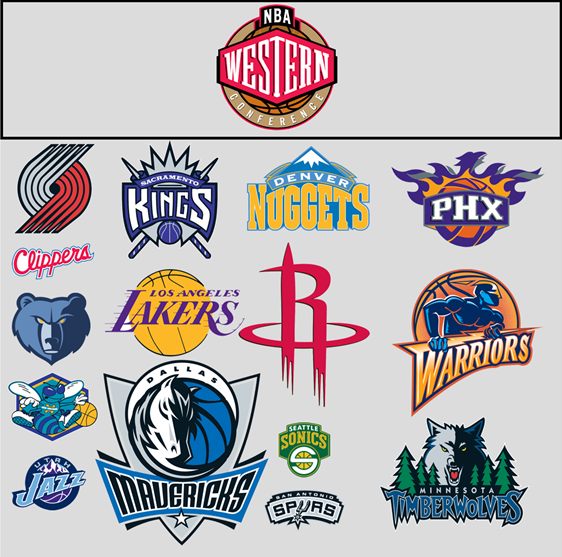 Forget Christmas, for NBA fans this is the most wonderful time of the year!

There is so much to love about this time of year in general. The NFL is about to put on it’s big show, MLB is getting ready to start up again and the NBA season is getting interesting. While there is certainly a lot to talk about regarding the Chiefs vs. the 49ers and the MLB drama with the Houston Cheaters, its the NBA I want to focus on.

Huge blockbusters do happen sometimes, but for the most part the very best trades at this time of year are the seemingly minor ones that tilt things in favor of a contender. Last season the Raptors acquired Marc Gasol on February 7th and lifted the LOB a few months later.  I wrote a piece about the arguably the greatest mid-season trade ever and which LA team might pull the trigger on one this season.

As we move into the “trade season” I thought it was a good idea to see where the Western Conference teams stood currently. In an effort to simplify things I am going to group them into five categories. The contenders, the possibles,the good, but not good enoughs, the middle of the roads and the absolutely no chances.

It’s odd to see, but it undeniable, the West is an all Los Angeles affair. The Lakers have held the #1 spot in the LAPB SOS Western Conference standings for seven straight weeks. The Clippers have held the #2 spot for just as long. The Lakers are benefiting from a er-vitalized LeBron James who is dominating in ways that are surprising, even for him. Anthony Davis is who he has been, which is not a surprise, but getting the best out of everyone else is a bit of a surprise. Most surprising is Dwight Howard. Be honest, you did not think he would be this good.

While the Lakers seem to be hitting on all cylinders, the Clippers are taking a more leisurely approach to the regular season. I realize how off-putting that sounds, but it seems clear that the focus for the Clippers is flipping that switch at the right time. They have frustrated fans by seemingly taking games off. Other games they seem to be going through the motions for three quarters, then engaging for the final frame. That has led to victories, but one wonders how long they can keep this up.

Regardless, the NBA Western Conference is a two team race.

These are the teams that have a chance to play into June. No one would be surprised to see the Rockets, or Nuggets, even the Jazz, win the WCF and represent the West against East in the 2020 Finals. Well, ok, the Jazz would be a little bit of a surprise, but you get what I’m saying. These are the teams that so far this season have proven they belong in the conversation.

These are also the teams that could see a serious “bump” in their prospects if they make the right trade. I think its fair to say the Raptors were likely in this grouping last season before they made the Gasol trade. Adding the right someone to any of these teams could break up the LA party at the top of the WC.

The Good, but not Good Enoughs

There are some really interesting teams in this list. One really good one too. The Dallas Mavericks have a player in Luka Doncic who could grow to be the face of the NBA. He is that good! Their record is on par with some of the teams we grouped in the category above them, but a lack of depth is holding the team from Dallas back. The Trailblazers are a mystery. Why are they so bad, so far? This is the only team in this list that might make a significant jump if they make the right trade, but I just don’t see that coming.

That leads us to the teams with the most exciting young players in the Western Conference outside of Doncic, Shai Gilgeous-Alexander and Ja Morant. SGA has been an integral part of the OKC Thunder team that is very likely to make the playoffs during what was thought to be a re-building year. When you consider they own all the drafts picks ever over the next few seasons, it’s exciting to see what this team might become as they build around SGA. Then you have Ja “Magic” Morant.

Believe me, I don’t bestow that nickname on the kid without serious thought. Have you seen his highlights? Morant has court vision and the ability to make the right pass at the right time that we haven’t seen since a kid from Michigan lit up the NBA stratosphere with an amazing smile and even better assists. The Grizzlies have a lot of work ahead of themselves, but they have a key piece to build around, which is more than most teams have.

The Middle of the Roads

I can’t think of two teams in the same group with a wider difference in terms of their future. Where the Pelicans are young and still missing the player that might be their star in Zion Williamson, the Spurs are well, the Spurs. They are who they have always been. It is honestly amazing that the Spurs continue to be this good with a team that looks like it should be, well could be, bad. When it comes time to blow the team up and re-build, will Gregg Popovich stick around to lead that transition? Or is Tim Duncan the heir apparent?

The Absolutely no Chances

I won’t spend too much time on these teams except to say it might be fun to watch Steph Curry launch threes indiscriminately after he returns. The Warriors won’t be bad long, so if you’re a Dubs hater, enjoy this. As for the others in this group, lets free Karl Anthony -Towns, Devin Booker and the Kings from Luke Walton.