Which LA Team Will Pull Off the “Mychal Thompson” Trade? 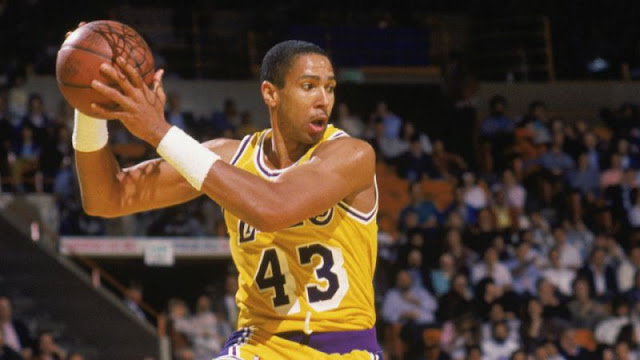 This is the trade that changed the fortunes of the Lakers and kept the Showtime era going. It changed everything!

The Lakers of Magic Johnson, Kareem Abdul-Jabbar, James Worthy, etc are forever remembered as the Showtime Lakers. One of the greatest teams ever assembled. However, in the 1986-87 season they were coming off a shocking loss to the Houston Rockets in the Western Conference Finals. That loss ended a streak of four straight Finals appearances and five out of six overall.

The following season, the Lakers started out strong. They were 37-12, a .755 clip, and beating all comers. However, they knew the one team they had to beat was the Boston Celtics. The Rockets loss was an aberration, the Celtics were the real target. Those were the Celtics of Larry Bird, Robert Parish, Kevin McHale, etc. They were good!

Thompson was with the San Antonio Spurs at the time. He was taken first in the 1978 NBA draft, 6’10” and known to be a tough defender. He was averaging about 20 mins a game that season producing 12 points and almost 6 rebounds per game. In short, he was perfect.

Of course, the San Antonio Spurs weren’t to just hand him over the Lakers. Working against the Spurs chances of keeping him however was the Lakers General Manager at the time, Jerry West. Imagine having a team known as one of the greatest of all time being led at the executive level by one of the greatest to ever do it. The Showtime Lakers were at a different level; it almost wasn’t fair.

That trade reverberated throughout the Association until it reached Boston. Larry Bird said of the trade,“If San Antonio needed money, we would’ve sent them money. But to go and help the Lakers like that is just terrible.” The Lakers very next game after the trade was against those very same Celtics because, of course it was. The LAL won, 106 to 103 at home with Thompson playing 28 minutes while contributing 10 points, 4 rebounds, his trademark tough defense and most importantly, the spark this team needed.

They went 28-5 the rest of the way, a .848 clip, and beat the Celtics in the 1987 Finals in a thrilling seven game series. Without the Mychal Thomson trade, none of this happens. Do yourself a favor and watch this video Lakers fans.

Mychal Thomson played five seasons with the Lakers. They went to four Finals over that time.

Lets fast forward to 2020. The Lakers are currently 34-8. They are beating all comers and coming off several very dark seasons. They undoubtedly look good and have as good a chance as any to represent the Western Conference in the 2020 NBA Finals and lift the LOB. However, there are concerns. The key to this seasons Lakers team is Anthony Davis and LeBron James. While the other players have been good, very good, as AD and LBJ go – so go the Lakers. They need a third option. In this NBA a third option is almost a necessity.

The Clippers were the laughing stock of the NBA back in 1987, but in 2020 they are one of a few teams with Championship aspirations. The stand at 30-13, leading the Association in Quality Wins and have as good a chance as any to represent the Western Conference in the 2020 NBA Finals and lift the LOB. However, there are concerns. The Clippers are 0-2 against the best team in the East, the Milwaukee Bucks. Much like the Lakers of 1986-1987, the Clippers may need to make a trade with an eye towards their possible Finals opponent.

It’s possible both teams stand pat and make no trades. However, I believe the team that takes the risk and makes a bold move; essentially, the team that makes their “Mychal Thompson” trade, will be the team that represents the West in the 2020 Finals. Is that player Andre Iguodala? Marcus Morris Sr.? Someone else? Unlike 1987, that isn’t as clear as it was back then. One thing the Clippers have as an advantage over the Lakers as they begin to figure out who that player is however is their front office adviser.

Not that the man known as “The Logo” has anything to prove, but should Jerry West somehow be able to pull off another trade to match the 1987 one that led to a continuation of the Showtime era for the Lakers, but this time for the Los Angeles Clippers that would be…well, just amazing. Or maybe, lighting won’t strike twice for Mr. West and the Lakers are able to pull off another trade that propels them to the Finals. The exciting part for us fans is that we don’t have to wait long to find out.

For the Lakers and the Clippers, it’s time to see if they can pull of the trade that makes them the clear-cut favorites. The trade that will forever be known as the “Mychal Thompson” trade.