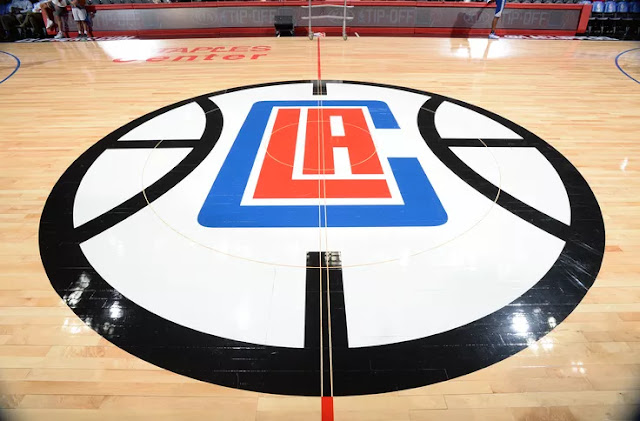 No Dynamic Duo, no problem. The State of the Clippers report isn’t all that bad despite not seeing Kawhi Leonard and Paul George on the court at the same time yet

Here we are, 13 games into the season and we’ve yet to see our dynamic duo impose their will together on an opponent.  I had originally planned to give an assessment and a vivid description on what it was like to witness Kawhi and PG patrolling the wings TOGETHER in LAC jerseys but Kawhi suffered a knee contusion against Houston and so we wait. Also it almost seems silly to give a State of The Union on Clipper basketball in November when we know this team will look a lot different come 2020.

Imagine giving a rundown on American History X twenty minutes into the movie and then shutting it off. “Neo Nazi commits unspeakable crime, can hoop, and influences his younger brother to same toxic ideology.”  That was easy.  Of course if you continue watching you witness the transformation of said toxic ideology to acceptance and compassion while struggling to make his brother unlearn the behaviors that he unintentionally directed him to learn. Near the end of that movie there is a moment of clarity shared among the brothers as they embark on a new vision together, only to be blindsided by past behaviors they couldn’t outrun.  Similarly, I’m hoping The Clippers find clarity in April heading into the playoffs without regular season behaviors catching up with them.

Here are some thoughts on what I’ve seen so far from The Los Angeles Clippers.

Geez that was dark huh? A stretch, sure but follow me as I address ‘regular season behaviors.’ The overwhelming topic dominating the NBA world is Kawhi Leonard’s load management. So I am to believe that all the NBA talking heads are ‘shocked’ and ‘appalled’ that Kawhi is being held out of back to backs in the regular season?  That ESPN DIDN’T have a production meeting instructing all on air talent to curse Kawhi to the heavens for not playing in back to back Wednesdays that were nationally televised by ESPN? Has this man not been validated by what he did last year? He was held out of 20+ games in the regular season to preserve his body for the playoffs.  Did his performance in the playoffs not convince everyone that that was probably the right move?

Kawhi obviously has a chronic injury that is helped by rest and careful planning throughout the regular season. If the ultimate goal is to win Championships, to rise to the occasion in the biggest of stages and come through when stakes are at their highest, then wouldn’t this man’s track record give him the benefit of the doubt? I understand it’s frustrating not seeing him play every game and I won’t pretend that I’m not disappointed when I get my least favorite alert: ‘Kawhi out tonight’.  But the mission is to hoist the trophy and playoffs are grueling and hard and physical. I apologize to all casual spectators and billion dollar corporations that are inconvenienced by this man’s health but we need Kawhi right in April yo. Plain and simple.  Miss me with all the ‘Well if he’s not playing in the regular season then can we even consider him one of the greatest?’

Yes, yes you can.

13 games in and the defense has been impressive for the most part. Clips currently sit 10th in points allowed and 5th overall in opponent field goal %. The most surprising stat so far has to be 2nd in the entire league in rebounding. I highlighted this as one of my concerns going into the season with our lack of size behind Zu’block’a. Well, effort goes a long way and Clips have been competing their asses off on the defensive end with a few impressive 4th quarter showings: They held LeBron and AD to no field goals in the 4th on Opening Night. No field goals for Dame and CJ against the Blazers in the 4th, and held The Raptors to 10 total points in the 4th.  Defense will always be ahead of offense when a new team is constructed, especially when two superstars are added but some of the rotating and gang rebounding has been a pleasant surprise for me so far.

A lot has been said about Kawhi and Paul George’s brilliance on the court so I won’t dive too much into that. Instead I wanted to focus on the contribution of Moe Harkless and Ivica Zubac. Both players have been incredibly productive in their limited roles so far. Zubac is averaging 9 pts and 7 reb in only 15 minutes a game. He’s also protecting the rim with a career high 1.4 blocks a game and finishing consistently inside in traffic.  I’m not really understanding why he’s not playing more to limit Trezz’s heavy workload so far but I’ll defer to Doc. Trezz has been otherworldly to start the season, taking yet another leap in his young career.  But Zubac has earned the trust of the coaching staff and his teammates can’t stop raving about his work ethic. I would hope Doc considers easing Trezz’s minutes with Zubac being such a presence inside.

Moe Harkless aka Dave East is the walking definition of ‘glue guy’, ‘stats don’t define him guy’, and ‘makes winning plays guy’. Moe’s one of those guys you don’t really appreciate until he’s on your team and you get a chance to see him every night.  His ability to switch on 1-4 defensively is invaluable. He makes timely cuts to help ball handlers attacking the baseline and is capable of rebounding and finishing in traffic with above average athleticism. His 3 point shooting has still not come around this season (27%) but if he can get that percentage up to the mid 30’s it will only add to his value.

Offensively Clips still have a ways to go.  There have been struggles to score, especially in the first quarter. Spacing has also looked shaky at times as well as just overall chemistry that lacks when you integrate two superstars to a team. But the stats tell a different story, as Clips are ranked in the top 10 in overall points scored and 9th in FG %.  The real struggle has been from 3 as I expect The Clippers to improve steadily on their current 18th ranked 3 point % as a team.  Doc will have his work cut out for him once the roster is healthy and the rotations get tighter. For now though, The Clippers are 9-5 and will look to stack these dubs while figuring out their starting line up going forward and, more importantly, their crunch time line up.