Where Do the Lakers Go From Here? 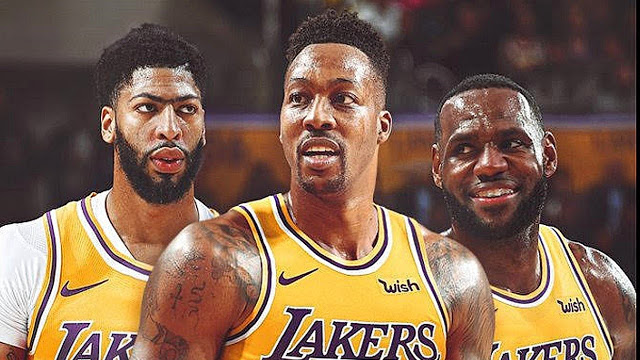 The Lakers present looks promising, but their future is a bit murky

The Lakers feature the second oldest roster in the NBA, where the average players age comes out to 29.07 years and counting. Only the Houston Rockets have an older roster, with a cast of characters that average out to be 30.24 years “old.”  Where do The Lakers go from here?

Anthony Davis:  At the tender of age of 26 it’s imperative that AD remains a Laker. The Lakers sold the farm and all of its livestock by trading away Brandon Ingram, Josh Hart, Lonzo Ball, and thankfully Lonzo’s obnoxious father, for “The Brow.”  The Lakers also parted with future assets in the form of cash, and three first round draft picks in 2021, 2023, and 2024.  AD is only on the books as a Laker for this season, with a player option for next season that he will decline in favor of a whopping max-contract.  He has neither verbally nor financially committed to The Lakers going forward.  He left the Pelicans because he was tired of losing.

LeBron James:  Unfortunately the King is 34 years old.  While he is a physical specimen, and spends roughly $2 million on conditioning each year, Father Time usually wins the war.  However, as LeBron continues to play lights out, the Lakers can’t forget that only the next two seasons of his contract are guaranteed. While the younger players on last year’s roster were upset about trade-rumors, it’s completely understandable that LeBron and Rich Paul ushered in AD.  Time is fleeting and LA was losing.  Hopefully the two superstars remain together for the foreseeable future.  This is the ideal scenario for The Lakers and their fanbase.

Kyle Kuzma:  At the age of 24, it was ideal that this was the one player the Lakers held onto in the overhaul.  Brandon Ingram has more value, Lonzo has more baggage with tremendous upside (despite the glaring hitch in his shot), and Josh Hart will be an average player at best.  Kuzma played three years of college ball in Utah, the Lakers drafted him low, and he has provided excellent value on the offensive-end at a decent price point.  He is on pace to receive a nice second contract, however Kuzma, while solid, is not a game-changer.

Changing of the guard: Unfortunately Los Angeles does not have a nice situation when it comes to the backcourt, especially at point guard.  Thankfully LeBron has stepped in and is leading the league in assists. The only true point guards currently suiting up are Rajon Rondo and Alex Caruso.  Rondo still can’t shoot, and at the age of 33, his days of effectively running the show are near-forgotten. Alex Caruso, while showing the determination and grit of a player who transitioned from a two-way player to a player with a lucrative two year contract, leaves a lot to be desired when it comes to shooting and a decent hair-cut.

In a city where style is paramount, please get this man to a barber.

Quinn Cook, 26, while listed at point guard, is a combo-guard that is simply unreliable when it comes to handling and distributing the basketball.  Danny Green has always been a solid piece, but hasn’t shot well as of late, and happens to be on the wrong side of thirty.  Avery Bradley at 28 years young, can play defense, but unfortunately is injured.  KCP, just when you want him to go back to jail and sit on a dirty mattress and think about what could have been when he was a young stud on the Pistons, will have a great game.  But at the tender age of 26, this will likely be his last year as a Laker.   Talen Horton-Tucker, at the age of 18, has yet to suit up.  This guard situation is a nightmare in the making and The Lakers will have to take a real deep look into next year’s talent pool or get aggressive on the market with limited assets.

Front and Center:  The resurgence of Dwight Howard has made for a nice headline.  But at 33 years old, he has a notoriously checkered past and is just coming off a season-ending injury.  JaVale McGee, at 31 years old, makes for a very solid backup, although his rebounding is inconsistent.  And of course, the injury-prone DeMarcus Cousins may never regain his form if and when he returns to basketball.  All of this spells trouble, because Anthony Davis prefers to play the 4 versus the 5.

The Lakers are in win-now mode, but unless LeBron and AD keep it going, there is trouble just down the road.  And the lack of draft picks and assets spell concern going forward.  However Lakers fans have learned to live in the present, and while currently sporting the league’s best record, it’s business as usual in Laker-land.