Lakers fall back down to Earth 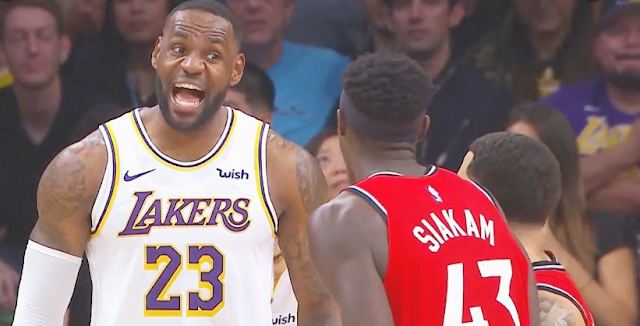 Lakers lose their first home game to the defending Champions

The Lakers had been on a roll heading into Sunday nights match-up against the defending Champions. Unfortunately, they learned the hard way to not underestimate the heart of a champion as the Toronto Raptors handed LA their first home loss of the season.

The Lakers, who hadn’t lost since their season opener “on the road” against the Clippers, saw their seven-game winning streak come to an end. Anthony Davis led the Lakers with 27 points. LeBron James notched his 4th triple double of the season in the loss, but failed to reach double digits in scoring until the 4th quarter on a night that the superstar struggled overall from the field.

Los Angeles, who had been tied with the Boston Celtics for the best record in the NBA entering Sunday night’s game, fell in what some might consider a bad loss. The Raptors came into Staples Center without two key members of their squad: Kyle Lowry and Serge Ibaka. While Los Angeles held a double-digit lead in the first half, the Raptors came roaring back behind 24 points by Pascal Siakam. Fred Van Fleet added 23 for Toronto, which improved to 7-2 on the season.

The Lakers will head out on the road and try to rebound on Tuesday night against a 6-3 Phoenix Suns team that has been one of the early surprises of the NBA season.