Los Angeles Lakers: Are They for Real, for Real? 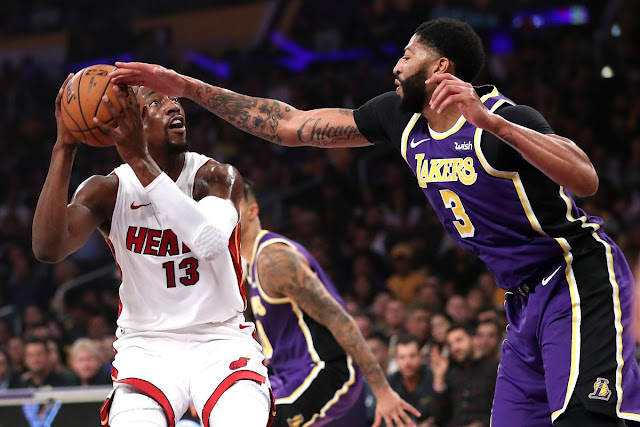 Lakers are defending, assisting and winning.  Make it seven in a row after they beat the Miami Heat.

Then the Lakers went and beat them.

The Lakers haven’t seen a start this good since the 2010-11 season. On one hand, they haven’t exactly been tested. Only two of the teams they have played to start the season have realistic Championship aspirations, the Clippers and Jazz, and they are 1-1 against them.

But, you have to beat everyone and so far, the Lakers doing that job very well!

So, I have to be upfront with you before this quick recap, of sorts. I watched the game, but only the first three quarters. I had some flight issues that got me home kinda late and while I wanted to last the entire game, I couldn’t. I’m proud to make history by providing the first (most likely) three quarter recap of an NBA game.

Frank Vogel is a good coach. You know how sometimes you hear about a player but you don’t really know much about him because he plays in the East Coast and you can’t see his games with any regularity? That’s how I felt about Vogel when he was hired. I heard of him, remember him on the sidelines for the Pacers, but was overall “meh” when it came to any opinion about him as a coach. Seeing him handle the LA spotlight and LA players though has been eye-opening.

Unlike other recent coaches for the LAL, his rotations seem to make sense. He says the right things. He is handling his superstars playing time well and appears to be the type of coach that elicits respect from every player on the bench.

He has this team playing well and playing defense. The Lakers, according to NBA.com/stats are the best defensive team in the Association. By the way, being a good defensive team doesn’t mean holding teams under 100, it means making it hard for them to score when they really need to score. The Lakers made it hard on the Miami Heat for most of the game.

The Heat made their runs, but never seemed to bother the Lakers. Every Heat run was countered with a Lakers run. Most impressive about the Lakers runs was how well they shared the ball. The Golden State Warriors, back when they were good, used to routinely pass the ball so fast in their offensive sets it that the defense couldn’t catch up. That led to open shots. This Lakers team is sharing the ball and doing it quickly.

Did you know that LeBron James is leading the NBA in assists? He is!

Did you know Anthony Davis led the Lakers in assists in this game? He did!

When your superstars share the ball, when they make the right play, that’s contagious. The Lakers assisted on 75% of their made shots. They are playing great defense, passing the ball efficiently on offense and winning games. What’s not to love?

The fourth quarter looked to be a boring affair. Based on information I found online the Lakers won 17-14. Yawn.

Lakers are now 7-1, leading the Association in defense, passing the ball well and winning games. All is well, on to the next one!