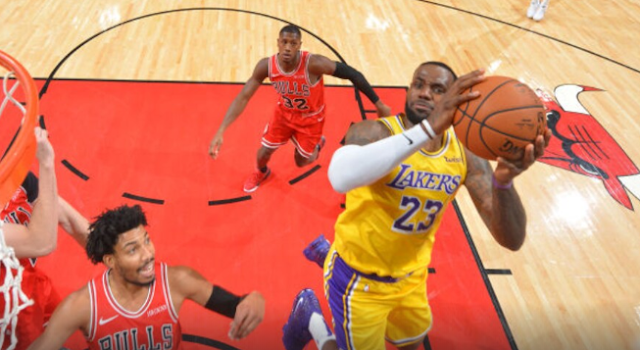 So, I’m a bit of a 2019-20 Chicago Bulls expert. I’m not normally the type to brag, but sometimes you have to just state facts. You see, so far this season the Bulls have played seven regular season games. Of those seven I have watched one. But, it was live, which counts more.

After watching a 15% of the current season Bulls games, I believe I have a very unique perspective. It is from that unique viewpoint that I can say that the Bulls are, well, not too good. They are middle of the pack in defensive rating, coming in 18th. As bad as that is, they are even worse offensively coming in at 23rd in that ranking. That’s good for a net ranking of 24th in the Association.

The Lakers come into this game on a roll. While their offense isn’t where they need it to be yet, they come into this game ranked 17th in offensive ranking, they are first in defense. That’s right, you read that correctly, the Los Angeles Lakers come into game seven for them ranked number one in defensive ranking! That defense has been key in the Lakers current five game winning streak.

The Lakers are coming in hot.

On paper, this is a blow-out. The only thing that might make it a close game is the fact that the game is in chilly Chicago. Additionally, the Lakers, despite their recent history, are still the Lakers and teams still enjoy playing and beating them. So, maybe not a blow-out, but a Lakers victory still seems assured, right?

The Bulls didn’t get the memo however and played like they wanted to win this game. In fact, they out played the Lakers in every facet for three quarters. The only bright spot for the Purple and Gold was LeBron James who continues to amaze in his 17th season.

Honestly, LeBron James is playing better than he should be at his age. I understand that Father Time is undefeated, but James is giving him a run for his money. What he is doing at his age is incredible.

Did you catch it earlier? I said the Bulls outplayed the Lakers in every facet for three quarters. You still play four in Association games. Bummer for the Bulls. After being down by as many as 19, the Lakers out-scored the Bulls 38-19 in the 4th! They played like a good defensive team when they needed to.

Most shocking about the comeback was that it started with both Anthony Davis and LeBron James on the bench. The Lakers were much maligned to start the season for a lack of depth. The “lack of depthers” had something to say about that negativity tonight. Kuzma, Caruso, Cook and Dwight Howard were instrumental in getting the Lakers back into this game. This is a bench with no nick-name, no real personality… yet. In fact, commentator Greg Anthony called them “The Others“.

The keep playing like they did tonight and someone better put some respect on this squad with a quality nickname!

The win, the Lakers fifth in a row, puts them at 6-1 to start the season. While most of the teams they have beat are likely non-playoff teams, you still have to beat them. So far, the Lakers are doing just that!