Is Lebron Already Better Than Kobe? 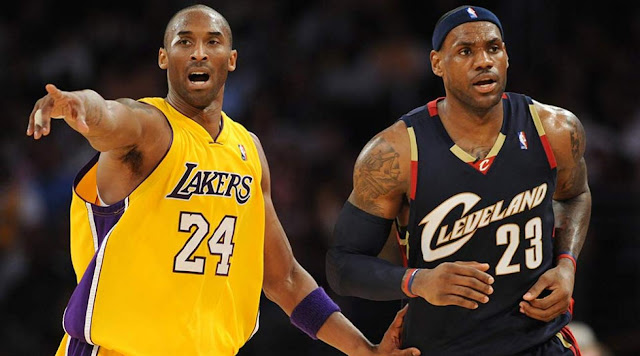 It seems like every game LeBron James is making history somehow. With his back to back triple doubles this past weekend against the Dallas Mavericks and the San Antonio Spurs, he was the first since Magic Johnson in the 1990 season to have at least thirty points, ten rebounds and fifteen assists. Kobe never came close to achieving that. Kobe Bryant spent almost twenty years with the Lakers and only had 21 triple-doubles. LeBron has spent less than two seasons with the Lakers and he already has ten triple-doubles as of 11/4/19. It is clear that LeBron is an overall better basketball player than Kobe. Before LeBron’s tenure is over with the Lakers he will pass Kobe in points, he is around a thousand points shy of Kobe’s 33,643.

All of the stats point to LeBron being a better basketball player than Kobe, except one very important stat, the number of NBA Championships. Kobe has five rings, as of now LeBron only has three. Personally, I think Kareem is the best basketball player of all time but right now with only three rings I feel LeBron is in the debate as the GOAT not just in basketball but in all athletic competition. I do not think Kobe or Jordan could have taken that Cleveland Cavaliers team to the playoffs, let alone win a Championship with that team. No player who has ever played the game of basketball can do what LBJ is doing right now and NBA fans and sports fans in general are taking him for granted. The LA Lakers without LeBron are a horrible team, wherever he goes LeBron turns that team into a contender. Jordan and Kobe could not do what LeBron is doing right now.

They were both better jump shooters but not better basketball players.

Eighty years from now when ESPN is doing their Sports Century top one hundred athletes of the twenty-first century, LeBron is going to be number one, only to be surpassed by Usain Bolt. I know that is a bold prediction and I know that I am wrong a lot. What about Tom Brady? Some football fan might say, well TB#12 is the best at what he does, throwing the ball behind a well protected offensive line, but who would you want on your side in a gang street fight? LeBron would punch Tom Brady’s head off his shoulders and then windmill dunk his decapitated skull into a trash can. Fatality. Flawless Victory. LeBron Wins! If  LBJ  can win another championship this year with the Lakers and pass Kobe on the all time scoring list  next year, goodbye Kobe, get out of the way Jordan, watch out Kareem, the GOAT is coming through.

But if LeBron doesn’t win another Championship, even if he passes Kobe in all-time points, can you say LeBron was better than Kobe? What do you think? If LeBron somehow manages to stay in the NBA another ten years and passes Kareem all-time in points but only has three Championships, is he the best of all time? I would love to debate Stephen A. Smith on ESPN about it. Mr. Smith is so biased towards Kobe he might chase me with a baseball bat.