The Complicated Legacy of Kobe Bryant 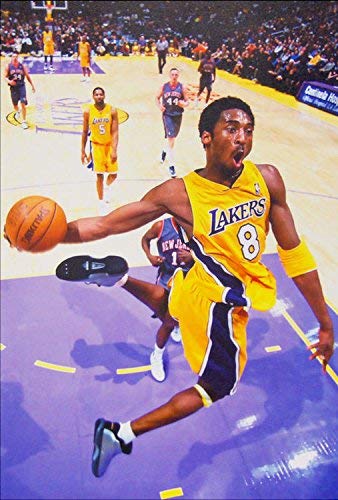 It’s been three years since Kobe Bryant retired, but his shadow still looms over Los Angeles.

When we think of Kobe Bryant, we think of toughness, tenacity, and the word “clutch” physically defined.  We also think of the other players, coaches, executives, and various personalities that impacted his development.  While some may be appreciative of his current efforts as a writer, analyst, and venture capitalist, most of us said goodbye when Bryant, at the age of 37, dropped 60 points on the Utah Jazz, gave a little speech about what it meant to be a Laker, and walked away from a complicated career as one of the game’s best.

First, we think about Shaq.  We don’t think about the man whose weight consistently fluctuates before our eyes as he pushes Icy Hot and Papa John’s.  We think about a three time Finals MVP, who flushed lobs with vengeance, gathered 13 rebounds a game without jumping, and played out of the post with underrated grace. And yes, many of us remember the unfortunate film called Kazaam, where Shaq played a genie that majestically appeared from a boombox to grant wishes.
Then we think about the former choir-boy Derek Fisher.  We won’t remember him as a failed coach, or harp on the time when Matt Barnes drove 95 miles in the middle of the night to beat his a**.   D-Fish was the ultra-positive three-point assassin, who could play off the ball and orchestrate the offense when needed.  He was Kobe Bryant’s perfect wingman.
We even think of guys like Devean George, a former Division Three player who shined under the bright lights of the NBA.  He hit corner-threes and ran Tex Winter’s triangle to a tee.  Like a number of Lakers role players, he was prepared when Phil Jackson called his name.
Although Del Harris’s haircut was excellent, when it comes to coaches, we will always remember Kobe’s ultimate champion, occasional adversary, and spiritual guru, Phil Jackson. A former player, Jackson will be mostly remembered for managing relationships.  As head-coach of the Chicago Bulls, The Zen Master guided the great Michael Jordan, Scottie Pippen, and Carmen Electra’s ex-husband, rebounding-savant, and nail-salon enthusiast, Dennis Rodman, to multiple Championships.  Michael and Dennis were certainly an odd couple, but on the court they made magic.
Kobe and Shaq, next to Scottie and Mike, were perhaps the best one-two punch to grace the game. However outside the lines, they were completely different people.   Longtime Laker Brian Shaw remembers Kobe passing on going to the movies or dinners with teammates during downtime in other cities.  Kobe was introverted, and he vigorously worked his way into achieving his current brand of stardom. Meanwhile, Shaq was extroverted, larger than life, comedic, occasionally out of shape, but like Kobe, a tremendously gifted ballplayer.
Kobe and Shaq made Dr. Jerry Buss, the longtime Lakers owner, a very happy and even wealthier man.  Another guy named Jerry, with the last name West, must have smiled behind the scenes.  A Lakers phenom in his own right, and the man they call the “The Logo,” traded for Kobe, created one of the most successful basketball regimes of all time.
Kobe, for the most part, enhanced the play of those around him, or he extricated players from his existence.  In Kobe’s prime, there was no middle-ground.  Downtown Shannon Brown credits Kobe for providing him with a career.  Kobe Bryant also made the unlikable and violent Ron Artest a champion.  At the same time, Kobe almost left the Lakers before Pau Gasol’s arrival, another move orchestrated by West, because he was stuck running with Smush Parker, Luke Walton, and Kwame Brown.
Unfortunately, it was Kobe that can be largely credited with Shaq’s departure from Los Angeles.  An ultimatum was posited, and The Lakers were forced to go with the younger player.  Lakers fans will always wonder what could have been.
It’s been a couple years since Kobe’s retirement, and The Lakers are finally winning.  This may be the year they forge ahead and begin a relationship with another superstar in Anthony Davis.  But when it’s all said and done, Chicago has MJ, half the world has Michael’s shoes, New England has Brady, New York has DJ, and the man in Los Angeles, despite some outrageously talented personnel suiting up for both The Lakers and Clippers, will always be KB24.