How Rich Paul became Rich, Pizza, The Lakers’ Lebron James, and his Penchant for Risk. 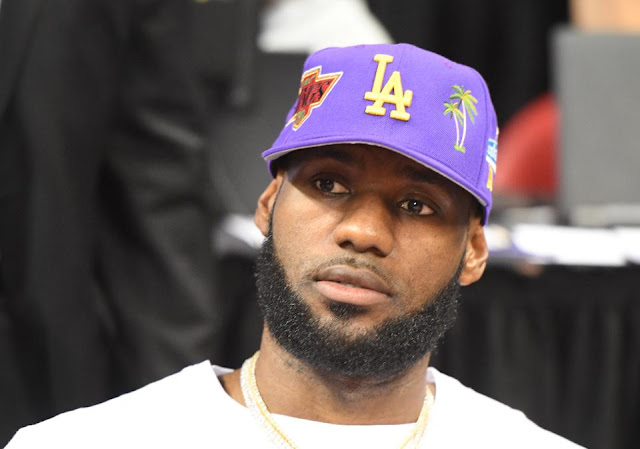 It was just another day at the Akron Airport when a young LeBron James, just 18 years old, spotted a 21 year-old man named Rich Paul with a throwback Warren Moon jersey in tow. LeBron, a high school football standout, along with being decent at basketball, apparently appreciated the jersey of the NFL great. Perhaps he appreciated the man toting the jersey even more.

Rich and LeBron got to talking, and LeBron uncovered that Rich Paul was building a business selling throwback jerseys, and was headed to Atlanta to pick up more jerseys.  James and Paul kept in touch, and LeBron eventually hired Paul to be his personal assistant on a 50k annual salary.

Rich Paul, now LeBron’s agent, as well as Anthony Davis’s, according to Forbes Magazine, has negotiated approximately $814 million dollars in contracts and has earned $32.6 million in commissions as of September 21st, 2019.  More importantly, he is one of the more powerful people to have entered the Lakers’ network.

But this is not a rags to riches story. This was not a charitable action by LeBron, this is about King James and his penchant for well-calculated risk.

When LeBron was a young Cavalier, he took his Cavs to the finals and got decimated by the Spurs in a quick series-sweep.  Zydrunas Ilgauskas, the solid Lithuanian center with quivering knees, basically got pistol-whipped by Tim Duncan. This was the era when the Eastern Division was especially weak, and LeBron would have likely been over-matched by multiple teams in the West.  But we gave the dude a break; he was only 22.

A couple years later, LeBron took a major risk, and spurned Cleveland for a televised event where he elected to take his talents to South Beach, and play ball with Dwyane Wade, Chris Bosh, and the Miami Heat.  The televised “Decision,” while quietly garnering $2.5 million for The Boys and Girls Club, put LeBron’s image in the toilet, and truly upset some of his fans in Ohio.  LeBron, in an exceedingly indirect manner, adversely affected Cleveland’s economy by moving on.  We always remember the players, but it’s often the vendors, the ushers, and the cheers and jeers from the fans that make for an excellent NBA experience. Empty seats and failed merchandise are not helpful.

The following year, the Cavs were the worst team in the league. And once again, we truly put a lot of pressure on a man in his mid-20’s. But veering from socioeconomics, LeBron took the Heat to four straight championships, and won two. He made an excellent choice basketball-wise, but the preceding “showmanship” on the way to achieving his athletic goals, left something to be desired.

And then LeBron took another risk, and it was a good one.  He famously returned to Cleveland, dug deep, Kyrie balled out, and the Cavaliers bested the Warriors in 2016.  This was Cleveland’s first major sports championship in fifty years.

After making amends in Cleveland, LeBron famously took his talents to Los Angeles.  Having amassed more capital than the GDP of several foreign countries, LeBron is taking calculated risks everywhere, often into the realm of mass-media.  We can’t forget that he has always been a businessman. He was one of the original investors in a popular pizza chain called Blaze Pizza, currently valued at approximately $250 Million Dollars.  Now he has a talk-show on HBO, he’s spear-heading Space Jam Two (good luck), and he’s the voice of the NBA, taking thoughtful shots at our President as well as in the Staples Center.

LeBron is a risk-taker and his decisions are generally well thought-out.  Rich Paul bullied AD onto the Lakers, and LeBron is betting on Davis to help the Lakers get back into relevance, which in Los Angeles, comes in the form of a Championship.  And while LeBron is still playing his heart out, when it’s all said and done, Mr. James isn’t just simply a basketball player.  He is an icon that has affected the lives of many, whether it be Rich Paul, Anthony Davis, Dwyane Wade, Donald Trump, a salesperson in Cleveland, or a little kid with a big bag of popcorn, excitedly watching his hero battle it out with Bugs Bunny. 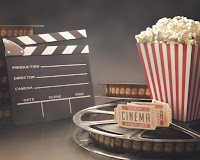