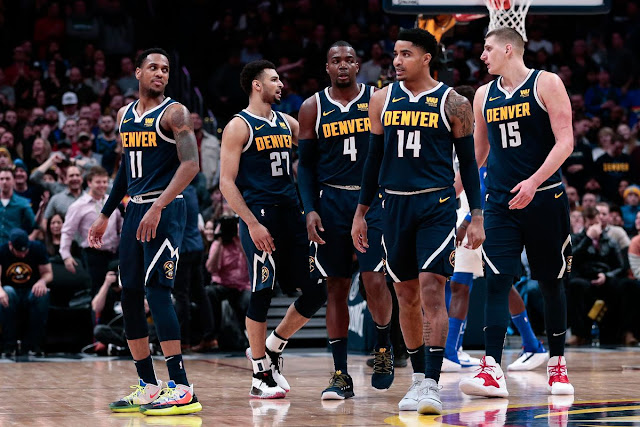 Now that the rosters are set and we have seen bits and pieces of what each team brings to the table it’s time to rank them. All the writers here at LAPB got together to do just that. Because we are fans first, we do have a tendency to navigate towards our teams. However, we were surprised after a blind vote to not see either Los Angeles basketball team at #1.

From now on, emotion and fandom is left out of the equation. As we have done for the last three seasons we will track the power rankings based on science! Well, kinda. An explanation of the rankings from Week 1 on is available here.

Keep in mind that the rankings are for likely season ending positions, not necessarily the team we think is most likely to win it all. Despite the amazing off-season for both LA teams, we have the Nuggets coming in first in the Western Conference after 82 regular season games. The two LA teams follow then come the Utah Jazz. Rounding out the top eight are the Blazers, Rockets, Warriors and Spurs.

Well, we will see. I mean it’s possible.

Playoff bubble teams include the Mavericks, Pelicans and Kings. Ja Morant just might be the closest player the Association has seen since Magic Johnson, but his Grizzlies come in at 11. The bottom feeders in the Western Conference are the Timberwolves, Thunder and the woebegone Suns.

Let’s tip it off already! 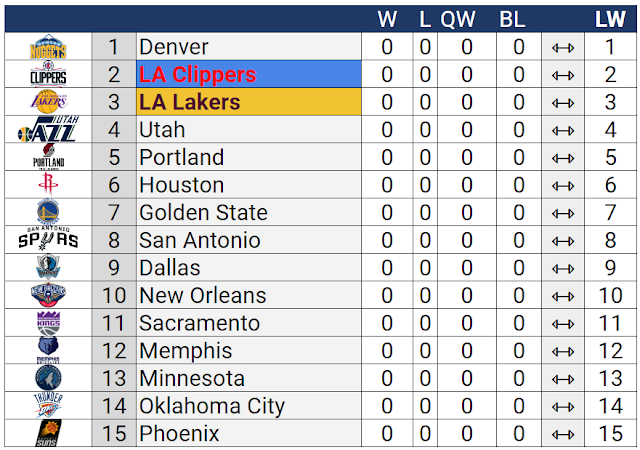