Do The Lakers Pick Up Another Diva With Iguodala? 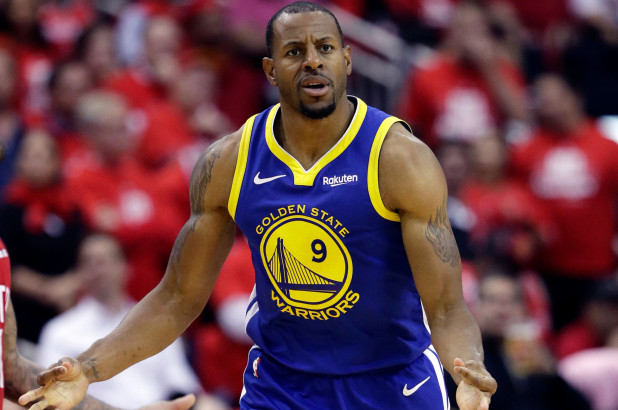 Andre Iguodala is still under contract in Memphis, but has stated he would sign with either the Lakers or Clippers if he is bought out. Should the Lakers consider Iggy?

What Andre Iguodala is doing with Memphis is wrong. Who does Iguodala think he is? A Finals MVP and three time NBA champion? Yes, he is a great role player and helped contribute to the Warrior dynasty. However, if today he was so crucial to the Warrior’s success then why isn’t he still on the team? Andre is taking a page out of the Antonio Brown playbook. Something like a rookie Eli Manning demanding to be traded to the Giants and it might work out for Andre but then again it might not.

Andre is acting like Antonio Brown without the statistics to back him up. If you round up, Andre averaged six points a game last season, now normally those were a big six points in critical parts of the game, Andre is like a Robert (Big Shot Bob) Horry who helped the Rockets, Lakers and Spurs win a Championship. Still, what Andre is doing in Memphis is unprofessional. Andre has seemed to have been a class act throughout his entire career and now he is throwing a diva temper tantrum in Memphis because he feels like he is being snubbed somehow, when he should be thanking his lucky stars that he is still playing on an NBA team and not in China with Latrell Sprewell playing for the Tibetan Antelopes.

No team so far  has been willing to buy out Iguodala’s contract, because he was the former Final’s MVP the Warrior’s overpaid and hooked him up. Now, instead of being grateful and well paid to be the mature NBA veteran and bring some senior leadership to a young Memphis team, he is acting like what has become normal in professional sports today, being a rude, spoiled brat and for the most part getting away with it.

With all that being said, do the Lakers pick up another diva with Iguodala?

If they can get him for cheap, I’m talking pennies on the dollar, boy they better sign him quick before the Clippers do, because like I have said before, “If the Lakers don’t win the Championship this year, it will be a losing season.” Iguodala could come off the bench and give LeBron some rest at the 3, small forward, position or during critical parts of the game move LeBron to the 1, point guard position, keep Iguodala in at the 3 and move whoever is on a shooting streak that game to the 2, shooting guard, with Howard and AD filling out the 4, power forward, and the 5, center positions. The Lakers still do not know who is going to step up and be their (Ray Allen) outside shooter, but if they sign Iguodala they would have a stronger Playoff defensive presence and everybody knows that the referees call a different game in the Playoffs. Whoever picks up Iguodala is hoping, fingers crossed that he shines again in crunch time in the playoffs. If no one picks him up though can Andre act like a veteran leader, get over his own ego and suit up for the Grizz?