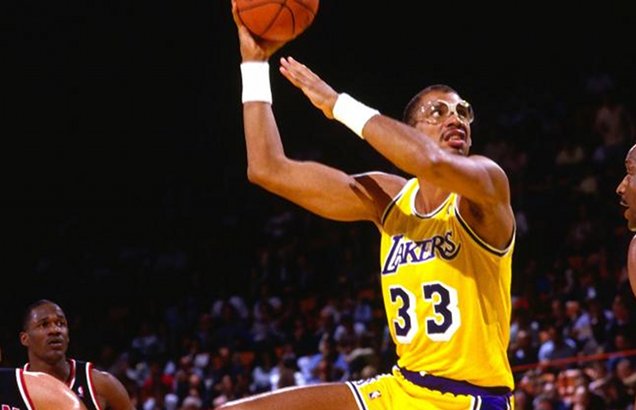 A personal story about faith, blues music and the greatest basketball player of all time.

The first time I moved to Los Angeles was in the summer of 2011. I was young and dumb, with no plan whatsoever. My original ambition was to be Quincy Jones with a pinch of Rodney Dangerfield, while I was temporarily staying at the USA Hostels Hollywood. Laugh if you want, but I believe that God speaks to me, not only from the bible but through music. So, being a southern man from Arkansas I was dumbfounded when I entered the courtyard of the hostel to hear a man by the name of Frank Sultana (a Blues singing Aborigine from Australia. Look him up on YouTube) playing a Stella guitar and singing the famous Son House (a Delta Mississippi Blues singer from the 1930’s) song Death Letter. I felt like this is where God wanted me to be at this time, because I grew up listening to Son House in a time before YouTube.

I immediately called out to this stranger and told him how I would have never in a million years expect anyone in California to be singing Son House, let alone an Aborigine from Australia. Frank then made a peace offering, by bringing out a bag of some of the best weed that I have ever smoked in my life. Afterwards, Frank then stated that he was about to go see Soundgarden with special guest The Mars Volta at the LA Forum and asked if I wanted to go.

I could not let this once in a lifetime opportunity pass me by.
As I rode in Frank’s rental car and listened to him complain about how “Yankee’s” don’t know how to drive, we came to a stop light. Not just any stop light, but a stop light with one of the longest street sign in America. This sign took up the entire street light pole, KAREEM ABDUL JABBAR BOULEVARD. It was the entrance to the LA Forum. As a lifelong NBA fan it gave me chills. I felt like Moses when the burning bush told him to take off his sandals because he was on Holy ground.
Inside, the corridor was jam-packed with people waiting for concessions and the cramped space seemed very familiar to a much smaller venue I was used to going to back in Arkansas, Barton Coliseum, where I grew up watching Derek Fisher play for the University of Arkansas at Little Rock (UALR). However, when I went out to the seating section I was awe struck. The lower level chairs were painted in purple and gold. I imagined all the historic basketball games played there over the decades, players like West and Chamberlain, Magic and Kareem. I could almost see a young Jack Nicholson throwing his popcorn because the ref made a bad call. That concert was the best I have ever been to but the fact that it was in the Forum on KAREEM ABDUL JABBAR BOULEVARD made it that more special.
Billionaires with a lot of money built the Staples Center across the street, I guess because they could. But it is like if the New York Yankees left the old Yankee Stadium standing while they play across the street in the new Yankee Stadium. I bet you most of the real baseball fans wished they were still playing in the House That Ruth Built. Is The Forum still standing two hundred years from now? Will the entrance into Staple’s Center in the future be known as Lebron Lane?

Upon submitting this article to Jose the Editor here at LAPB, he told me that the street sign that leads to the Forum is Kareem Ct, not Kareem Abdul-Jabbar Boulevard, and Jose implied that perhaps the weed that I had been smoking with the Australian Aborigine was stronger than I had thought. I looked it up, he’s right, I’m wrong, perhaps I hallucinated it all, I’ve done it before, which is one of the many reasons I am drug free today. I need all of my remaining brain cells going into the future. Well, it has been almost a decade since that night of the Soundgarden concert, so I guess the street was then and always has been Kareem Ct, if someone out there knows if the street name has been changed in the past nine years, please let me know, because I want that sign. –  kg

A great read regardless of street name! Congratulations on being drug free. – Jose