Lakers vs Clippers: The Young and the Restless or Age Before Beauty? 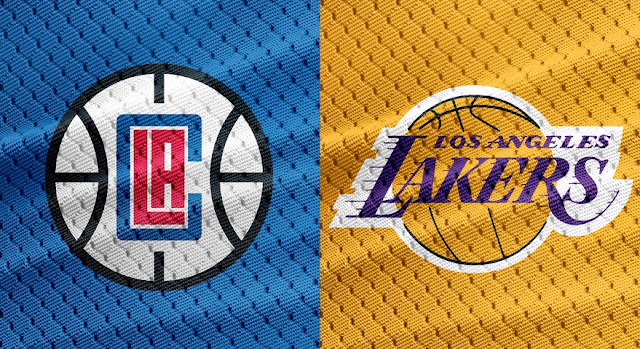 Forever linked, rarely competitive. For the first time since both franchises called Los Angeles home each has a real opportunity to win it all. Who has the advantage?

As the build-up to the rivalry, or anticipated rivalry, between the Lakers and Clippers brews, the debate continues as to who is more likely to come out of the West. From sports analysts to talking heads, to the fellas at the barbershop, the argument lingers as to who has the better roster.

When looking at the rosters closely, most notice the vast difference in experience between the two clubs. For Instance, of the 19 players on the Lakers current training camp roster, 10 of those players, not counting DeMarcus Cousins, have played 6 or more NBA seasons. As a matter of fact, six of those 10 have played in 10 or more seasons, and that includes LeBron, as well as key contributors JaVale McGee, Rajon Rondo, Jared Dudley, and Danny Green. On the contrary, the Clippers boast a much younger roster. Of their current 18 players, only seven of them have played at least five years, only one has played more than 10 and neither of their stars has played more than nine.

So how does that factor in?

We all know the NBA season is long and grueling. From October to June to three times a week, and usually at night, players are battling for the right to become NBA champions. Injuries, trades and even off the field issues play roles in a team’s championship run. Veteran teams must monitor player minutes, balancing winning and seeding, along with preserving energy for the playoff run. The difference in age between the Lakers and the Clippers is also relative to the difference in depth. The Clippers are a much deeper team coming off the bench. They have players who are young and talented. The Lakers, however, boast a team with much more playoff and championship experience.

So, what wins out? The youth or the experience?

Will LeBron and the Lakers cast of seasoned veterans be able to emerge from the obstacles of a rigorous NBA schedule intact to make a legitimate run at the NBA title? Will the hot, brash, young Clippers, fresh off an early playoff exit, led by the current NBA champion MVP, be able to crash the title hopes of its more decorated neighbors? We wait in great anticipation to see which will prevail, is it the Young against the Restless, or Age before Beauty?