Last month, we examined the Lakers offseason outlook for the summer of 2020. But what about the summer of 2021? With the NBA releasing its cap projections last week for the next two summers, the Lakers should once again have a significant amount of cap space to play with to potentially bring in a third star. First, let’s take a look at who could be available in the summer of 2021. 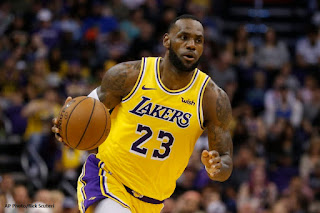 You’re probably thinking “Wait, isn’t LeBron James already a Laker?” Yes, but he could conceivably opt out of the final year of his deal and become a free agent once again. It’s unrealistic to think that he would decline his $41 million-dollar player option, especially given his age (he’ll be 36), but if he truly is willing to sacrifice in order for the team to have more flexibility and potentially more success, then perhaps it isn’t absolutely insane to think that he would do so. James could return for a discount and the team could re-pay him the following summer using his bird rights. 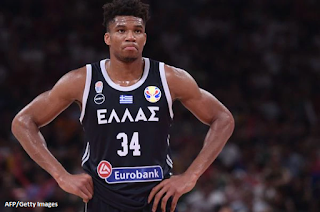 While the Greek Freak has given no indication that he is unhappy in Milwaukee or that he would even entertain the thought of joining another franchise, a talent of his caliber could propel the Lakers past being labeled as just title contenders. Adding Antetokounmpo means they are being considered as title favorites every year for the better part of the next decade. 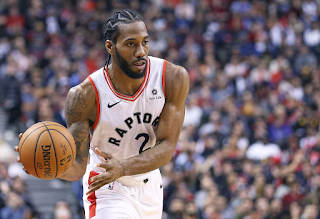 This seems like a long shot, as few have forgotten how Leonard played the organization into thinking that they had a legitimate chance to sign him this past summer. However, the fact remains that Leonard does have an opt out clause in 2021, which significantly keeps the pressure on the Clippers to remain as a championship contender. 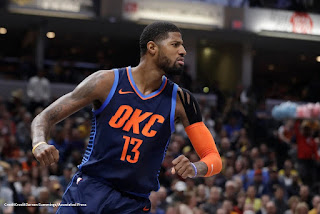 Like his new teammate (Leonard), Paul George has a player option for ‘21-’22. While George also spurned the Lakers a couple years back by even declining to meet with them, his resume is phenomenal and he’s still a player that you have to consider if you’re the Lakers organization. Just last season, George became only the 15th player in league history to finish in the top three in both MVP and defensive player of the year voting. 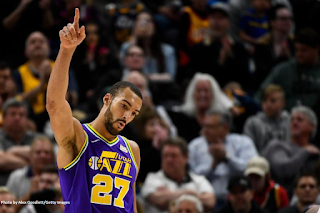 Not only is Gobert dominant defensively (he’s a two-time reigning defensive player of the year), but he also continues to improve on the offensive end. Creating a frontcourt that pairs Gobert with Anthony Davis would be a frightening prospect for every other team in the NBA.

There are also notable players from the draft class of 2017 that could become restricted free agents in 2021 if they don’t sign contract extensions next summer. Those players include Donovan Mitchell, Jayson Tatum, and De’Aaron Fox, among others.

Even though free agency will potentially be loaded during the summer of 2021, the Lakers front office should make Giannas Antetokounmpo their “Plan A.” While it could still be a challenge to add another superstar given the salary cap implications, it’s not impossible. NBA teams were notified that the salary cap will be $125 million in 2021.

However, if they were to renounce Kuzma’s rights (making him a free agent), the Lakers would then have enough cap space for another max contract slot.

Given the amount of player movement that typically goes on around the NBA, a lot could happen before that time comes. It will be interesting to see how the Lakers decide to go about assembling their roster when summer of 2021 arrives.