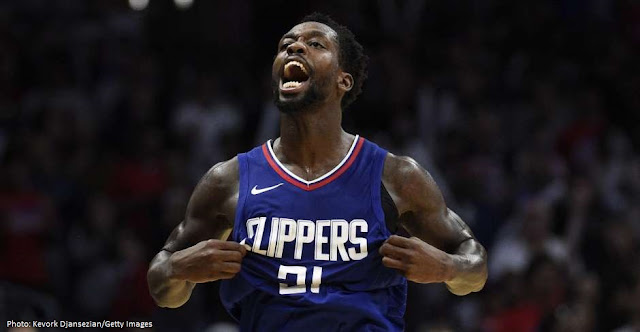 The Clippers re-tooled going into the 2019-20 season and are early favorites to win it all. But, they may have a gap. Who is going to play the point?

There are a lot of questions surrounding the Clippers prior to the start of what may be their most highly anticipated season to date. How long is it going to take Paul George to get out on the floor after surgery? Is Kawhi’s sisters murder charge going to be any sort of distraction? Is Ivica Zubac ready to finally take the next step?

The question that is on my mind the most is, who is going to start at point guard? There are a lot of potential lineups that the team can field, but there is a glaring hole right now at the 1 after the loss of Shai Gilgeous-Alexander.

Shai didn’t earn his starting spot until the about the 10th game last season. Patrick Beverly and Avery Bradley were the starting backcourt to start the year, in what was supposed to be the premier defensive backcourt in the league. That did not last long because the rookie Shai proved to be a far more competent playmaker than Beverly. The starting backcourt was all D and no O, as both Beverly and Bradley were coming off injuries and were struggling with their shot.

Beverly is a terrific defender, but he struggles at being the primary ball-handler. It is too much responsibility for him. He has the ability, yes, as in he has won a Skills Competition during All-Star Weekend before; but under pressure his decision making leaves much to be desired. He has the athleticism and handles enough to get into the paint, but once in there he has the propensity to turn it over. The team needed someone that could initiate the offense effectively.

Shai stepped in beautifully. He made few mistakes, and the ones he did make he learned from and did not repeat. He really grew and progressed throughout the year and was a key cog getting the team to the playoffs in a year many analysts projected would be a bottom-feeding one. By the time the team reached the playoffs Shai looked like a confident NBA caliber starting point guard, hitting clutch shots that helped the team take two games against the Warriors on the road.

But alas, Shai is in OKC now. The price we had to pay to get Kawhi. It was worth the price yes, but it has left the team without a starting point guard. Beverly is currently projected to be it, but I’m telling you right now that is the wrong choice.

I love Beverly, this is no knock on him. It is just starting at the 1 is not the best role suited for him. He has shown to be more efficient starting than coming off the bench so he should be out there on the floor to start games. He is a team leader who is often seen rallying the team in times of need, but making the right play can elude him at times. Sometimes in crucial moments. He has a fiery personality that sometimes can get the better of him in that he commits a lot fouls, and his 100% max effort all-the-time game has him trying to make the impossible play instead of the right one. On offense he is best suited on the perimeter spotting up for the open three. His strengths and weaknesses being so, leaves the best position for him to be at shooting guard, where he spent the majority of his time on the floor last year.

So if Beverly is not the right fit there than who on the current roster is?

There are a couple of options that coach Doc Rivers could go with. The first being Lou Williams. Yes I KNOW I KNOW he not only is best suited coming off the bench but is one of the best sixth men ever. However, he is also the best playmaker the team has on its roster. Last year he led the team in assists. He did that coming off the bench for crying out loud. Doc hesitates to start Lou because he knows Lou not only thrives coming off the bench, but flourishes. He has pretty good numbers as a starter, but struggles at times against top tier perimeter defenders. To start the year I am predicting Doc sticks with Lou as the sixth man, which is probably the right decision.

Which leaves us with the second option: rookie Terance Mann. To be honest with you, I did not see much of Mann at all during his time in college at Florida State so I am not very familiar with him. The most I have seen of his game was during this years past Summer League, where he looked pretty darn good. I know he is listed as a small-forward but he started at point guard during every game during Summer League. He was an assist shy of a triple-double in one game, so their is evidence of good playmaking in his game. He passed the eyeball test to me, looking very much like an  NBA caliber player. Having the athleticism, and decent shot-making ability to look competent while out there. Looking to me like another Jerry West gem of a draft pick.

I know that the level of play during the Summer League is much lower than the NBA, but there is a history of there being players who shined during Summer League to go on to thrive in the bigs.

I know that he is a rookie and will have his rookie struggles, and that Doc values veterans over younger players; so it is very doubtful that they will go with Mann to start. All I am saying is that they should give him a good look there because they would just need him to eat up minutes at the start of each half until they can get Sweet Lou off the bench.

Not just Doc, but the whole organization is enamored with Landry Shamet and his ability to hit the three. This being so I anticipate that Doc is not going to elect to go with Mann and will go with the veteran and aforementioned Beverly at the 1 with the sophomore player Shamet next to him at the 2. Last year upon the acquisition of Shamet, Doc consistently insisted on starting him pretty much from the get-go. Even if it meant having to go small with a three guard lineup.

I have seen projected line-ups that have Paul George at the 2, but I really think Doc wants Shamet’s shooting out there. His running around screens and deadly accuracy behind the three point line opens up the middle of the floor, and really helps the Clippers’ Offense go. A starting five of Beverly, George, Leonard, Green, and Zubac would be a juggernaut on defense but you would have to have Leonard playing a lot of point-forward. I don’t think he wants to do a lot of that, in that one of the reasons he left the Raptors for the Clippers was so he didn’t have to carry the whole team on his back. He is going to have the ball in his hands a lot a lot, I know; but playmaking is not his strong suit, and having to play on the ball all the time may wear him out before the end of the season.

If you ask me the starting five the Clippers should go with to start the year is Terance Mann, Patrick Beverly, Paul George (once he comes back from injury), Kawhi Leonard, and Ivica Zubac. With Lou Williams and Montrezl Harrell being the first ones off the bench.

These decisions however, are left to better basketball minds than my own. So we will have to wait for the preseason to see the lineups Doc toys with. Once we actually get some game action out from the behind the closed doors of training camp and out onto the hardwood,we can all get a good look at what works and what doesn’t.

Hopefully it doesn’t take too many games into the regular season for Doc to figure out his rotation, but as of right now I can tell you the Clippers may want to start looking for help at point guard.