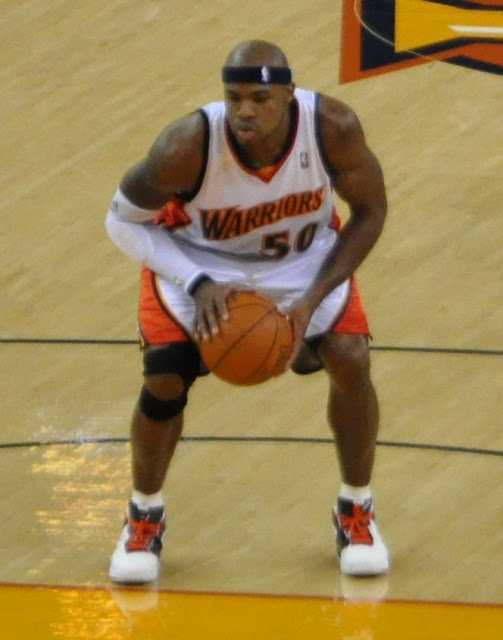 We idolize our sports heroes, sometimes blindly. Is it time we as fans begin to re-think our adulation?

I know from the get-go that this is a sensitive topic. So that being said if you are uncomfortable with me talking about it, then that’s a start. You should feel uncomfortable about it. Rape is a hot button issue, especially in today’s #metoo climate. As well it should be. It is at the top of the list of the most horrible crimes a human being could commit. Get that discomfort out the way so we can talk about this. If me talking about athletes getting away with rape makes you uncomfortable then watching them go free and then go play for and make millions of dollars off of your favorite sports team should be giving you hemorrhoids.

Not just in basketball but in all sports.

The act of rape is not what I am trying to talk about here, but rather the fact that athletes continue to get away with it. You don’t even have to be a professional athlete, just go ask Brock Turner. I know Turner was found guilty but his sentence was so light it was a joke. With the judge actually using Turner’s athletic career as a reason for it being so.

Time and time again we as fans exonerate athletes in our headcanon when they are accused of such a crime. I know everyone still remembers what happened with Kobe Bryant in Colorado years ago. Lakers fans don’t talk about that. Ask any Lakers fan if they think he was guilty and they will likely tell you some variance of  “of course not“. I know there were other circumstances surrounding the case that led to Kobe being found not-guilty, but the stain on his reputation is still there. Well to everyone who isn’t a Lakers fan the tarnish is there. Kobe delivered five championships to the franchise so he is not-guilty no matter what the verdict was.

The case that comes to my mind prominently is the one regarding Derek Rose. The question has been tossed around recently on social media “Is Derek Rose a Hall of Famer?” To me the question people should be asking is “Is Derek Rose a rapist?” If you ask me the answer is, YES. The woman who accused him would never have subjected herself to a trial in the first place if there were not some validity in her claims. She came forward knowing full well that in court the defense would do everything they could to smear her character and pain her as a promiscuous whore who was asking for it, and that’s exactly what they did.

Rose and his friends did not even deny what they did, they actually admitted it. They said things along the lines of “she knew what we were there for” and used text message exchanges to bring a reasonable doubt to whether or not what happened was consensual. Gang-banging an unconscious woman is deplorably wrong act no matter what she said prior to being drugged.

The man, Rose, is an admitted liar. He recently admitted to lying about the circumstances surrounding his ‘disappearance’ from the Knicks a few seasons ago. I know ditching work is not gang rape, but still his trustworthiness is in question by his own admission. Not only is he a rapist, and a liar, but a quitter.

Yet here we are as basketball fans kicking around the idea of him being in the Hall of Fame. Is his basketball career even one for the Hall anyway? Let’s just get this answer that one with a quick NO. Now with his career aside, we should be calling into question how we as sports fans regard our players.

To us our sports heroes can do no wrong. They are gods among mortals so therefore the laws of men do not apply to them. This has to stop. We as fans need to take a much harsher stance against athletes accused of rape, no matter what. If charges are never formally filed all the way up to them being found not guilty. If their integrity is being called into question we need to examine for ourselves the circumstances and not just turn a blind eye no matter how painful it us for us.

Which brings me back to the question at hand, should we as Clippers fans forgive Corey Maggette? I’ve been seeing that after a ‘sabbatical’ departure from the Clippers TV broadcast team, Maggette is once again back at it on Clippers Insider programs such as Clippers Live and Clippers Weekly.  I hesitated to continue watching them, but still did. He also has been playing well for the Power in Ice-Cube’s basketball league the BIG3.

The organization clearly has forgiven since he still has a job, so I ask myself if I should as well, and I just can’t.

This is very hard and painful for me as Clippers Fan, Maggette is a Clippers legend. He is up there in the Clippers record books in several categories, and was a central piece that helped lead us to our, at the time, fourth playoff appearance in Clippers franchise history in 2006. Maggette was a hero of mine, and I really wanted him and his infectious personality to step in full time as the Clippers Color Commentator after the firing of Bruce Bowen. However the pain I feel as Clippers fan cannot even compare to the internal suffering of the woman who says she was assaulted by him in college.

Coming forward about being raped by a man who is not a pro athlete is hard enough and takes tremendous courage to do. With the fan backlash, public scrutiny, and top dollar cross examination on top of that why would a person subject themselves to that if there was not something wrong done to them?

We as fans want to call into question the validity of her claims. Hesitating to condemn a man without having all of the facts.  Coming up with whatever reason we can in our minds to exonerate our hero because there is just NO WAY he can be guilty of such a crime. Of course Maggette categorically denies the charges.

What exactly happened between the two of them years ago only the two of them and God will know. The fact is she feels she was sexually violated, and the face of her pain belongs to Corey Maggette. He did something to her, and whatever it was, traumatized her. People just do not understand how hard it is for a woman to come forward about being raped. Most rapes are not reported because of this.

If their respective leagues and the criminal justice system itself cannot hold these guys accountable we as fans need to do so. Rape is too heinous an act for them to continue to get away with. I am not saying to believe every story that comes out the woodwork, but at least hear them out first and decide for yourself on a case-by-case basis. Come to your own conclusion, then we -the court of public opinion- can condemn or exonerate the accused. Too many athletes are just getting written off as innocent from the onset or get off too light even if found guilty.

Not only are these guys getting away with it but they are publicly adulated, idolized, and paid millions of dollars on top of it. Them getting their cake and eating it too is a crime against humanity that we as sports fans are guilty of and it needs to stop yesterday. Let’s see how his case plays out; but as of right now, Corey Maggette has got to go my friends.

He has got to go.