Can Howard Handle Being A Garbage Player? 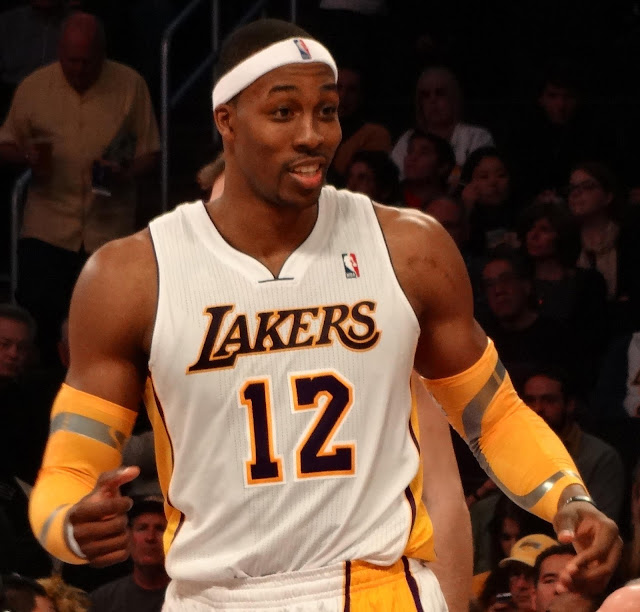 Dwight Howard is used to being a star in a star-driven league. Will he be able to handle a lesser role in pursuit of a Championship?

The first time Dwight Howard signed with the Lakers he was expected to fill Shaquille O’Neal’s shoes or at least Pau Gasol’s. We all know how that turned out. Howard is a 6’11, 265 pound cry- baby diva, who has the coordination of a five year old on steroids. The Los Angeles spotlight was too hot and bright for Dwight; he melted under the scrutiny and couldn’t handle the pressure of being compared to Shaq and the greatest of all time, Kareem.( Yes, by the way I think Kareem is better than Jordan.)

This time around NO one is expecting Howard to fill Shaq’s shoes because we all know now that that’s impossible. Anthony Davis this time around will try to fill that role. Can Howard handle not being the star player on a team with brighter stars? If I was the coach I would tell Howard that, “You do not have the green light Dwight, you don’t even have the yellow light, you have the red light. You never shoot period unless it is a fast break, wide open dunk attempt.” Howard might ask, “But, why Coach Kyle?”  To which I would reply, “Because You Are Garbage! A lay-up is out of your range! Never shoot Dwight, NEVER! Unless it is an open dunk, do you hear me? Your job Dwight is to get rebounds, offensive rebounds Dwight and then you pass the ball to anyone else’s hands, but get the ball out of your hands. No shooting unless it is an open dunk attempt, do you understand Dwight?”

“But why coach?” Dwight asks, “Because You Are Garbage.” I reply.

If the Lakers want to make it to the playoffs, Dwight’s role needs to be absolutely clear. If Dwight can handle playing the Tyson Chandler role while he was on the Dallas Maverick’s for their championship run in 2011, the Lakers might have a shot. You need to channel your inner Tyson Chandler, Dwight do you hear me? Can Howard handle being a garbage player?

The verdict is still out.