How much is too much? Taking a look at skyrocketing ticket prices 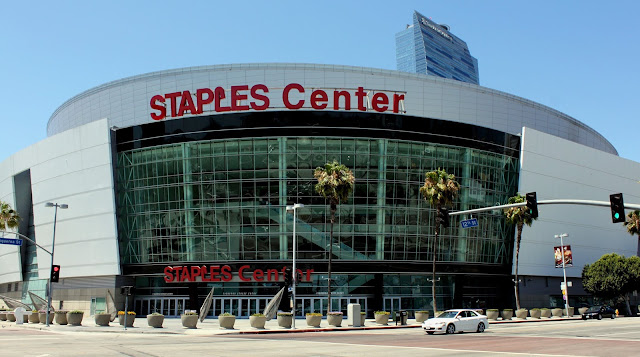 There is nothing like being there live, but, over the years Staples Center has become $taples Center for Lakers fans.

Jack Nicholson. Denzel Washington. Flea from the Red Hot Chili Peppers. These are three true, die-hard Lakers fans. You see them at multiple games throughout the year, cheering on the purple and gold. They’re also well-off celebrities, so they have no issues when it comes to the cost of a Lakers ticket. But what about the average fan? The cost of a Lakers ticket has consistently risen year after year, even though the team has failed to make the playoffs for six straight seasons now. That means the casual fan is usually not able to be there in person to cheer on their team. What you normally see on TV is a large contingent of movie stars and musicians that are there not because they are true fans, but simply for show.

When you look at median ticket prices over the last few years, the average ticket price for the 2017-2018 season, before LeBron James joined the team, was $128.00. After LeBron joined the Lakers, ticket prices increased by 63% to $209.00 on average.

Despite the Warriors reaching five consecutive NBA finals, the Lake Show is still the hottest ticket around. The median ticket price for the Lakers now with both James and Anthony Davis in the fold for the upcoming season is over $250.00. That is an all-time NBA record for the average admission price.

Prices are so high that it’s nearly impossible for the average Joe to buy tickets when they first go on sale (primary market). Often times, fans will wait until they are re-sold (secondary market) in hopes of being able to save some money in order to watch their team play live.

On an annual basis, there is almost no remaining availability on the primary market once tickets go on sale. And prices are at an all time high on the secondary market. While that’s an ideal situation for the Lakers as an organization, it creates an interesting situation for fans looking for tickets. Since the average fan is reliant on the secondary market, they have to be savvy about their purchases in the current climate. Ticket prices have risen every year since the 2014-2015 season, and while prices didn’t rise that year, they didn’t fall either (the average ticket price from 2013-2015 was $102.25/ticket).

Now that the Lakers are considered title contenders, you can count on prices continuing to rise consistently over the next several years. Just know that as a fan, you’re not alone if you’re watching the game on TV instead of live in person. Sadly, fans are being priced out of being able to watch their favorite team in favor of greed. Chances are that as you watch, you’ll see at least one person/group in the crowd that couldn’t care less about how the team is doing.