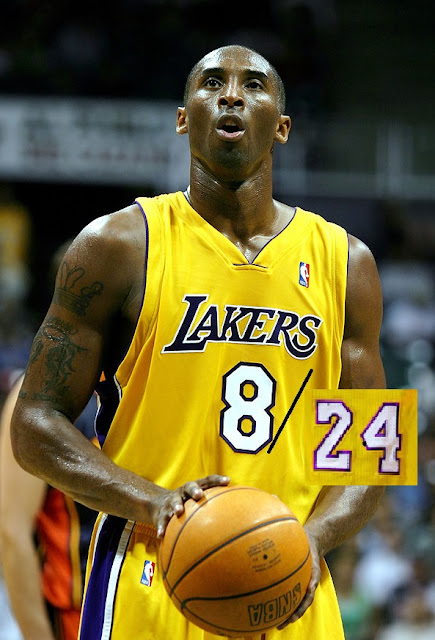 During his 20-year career, Bryant won five NBA championships, made 18 All-Star appearances, and won the 2008 MVP award. Let’s look back on some of his other notable accomplishments from his playing days:

1997 Slam Dunk Champion:
On February 8th, 1997, rookie Kobe Bryant took on the likes of Darvin Ham, Chris Carr, Bob Sura, Michael Finley, and Ray Allen. While not exactly a star-studded field, Kobe added the accolade of Slam Dunk Champion to his resume in an era where most stars shied away from participating out of fear that they may injure themselves in the event.

Who could forget the Black Mamba’s legendary 81-point performance against the Toronto Raptors?
Second all-time to only Wilt Chamberlain in most points scored in one game who once scored 100 points, Bryant single-handedly put the Lakers on his back in the comeback victory over Toronto. Just how bad was this Lakers roster? Kobe’s back court mate was Smush Parker. When asked about his superstar teammates historic performance, Parker stated in an interview following the game that he was more impressed with the team’s defense. However, the Lakers allowed Toronto to shoot 47% en route to giving up 104 points.

A key player on the 2008 USA Olympic team, Kobe helped restore USA basketball to its global prominence. The team ultimately became known as the “Redeem Team,” as they had failed to win the gold during the 2004 games, but had redeemed themselves by bringing the gold medal back to the states.
Four years later, Bryant returned as captain of team USA. At age 34, he lit up the stage in London as the Americans defended their crown and once again took home the gold.

60 points in his final game:

Kobe became the oldest player in the history of the sport to notch 60 points, as he did so in the final game of his illustrious career. Only 26 players in NBA history have ever scored at least 60 points in a game and it’s only been done six times by a player at age 30 or older.

Kobe did it twice.
Bryant put on a show and overshadowed another historic feat that same night when the Golden State Warriors set the new mark for the greatest single season record in league history by winning their 73rd game. In his final game, Kobe shot the ball 50 times in helping the Lakers snap a 6-game losing streak, beating the Utah Jazz in the regular season finale. Kobe left the court to a standing ovation, saying goodbye to the game he loved, and doing so as a winner.