Los Angeles Lakers: Who Is the X-Factor That Will Bring a Championship to LA? 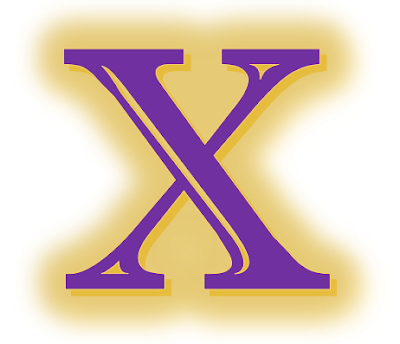 The Lakers have two established stars in LeBron James and Anthony Davis. Teams win Championships though, not individuals. The Lakers need more, they need an X-Factor. Who will that be in 2019-20 for the Purple and Gold?

Kyle Kuzma is the first name that comes to mind. He is after all the only young piece the Lakers held on to in the Anthony Davis trade. Kuzma has shown flashes in his first two years, but the jury is still out. Can he play meaningful minutes in big games, will his defense improve, can he make plays for his teammates? Kuzma could be a special player especially alongside LeBron and AD, but he is not the X-factor that will win the Lakers a championship.
Danny Green? Coming off another championship run he fills a role that every team needs, a 3 and D player with big-game experience. The Lakers signed him to a 2-year contract and expect him to contribute. But he is not the X-Factor. Green’s shooting has become streaky and while he’s a solid defender, he’s not elite. Green could have big moments this season, but he won’t be the player that pushes the Lakers over the top. Rajon Rondo, Quin Cook, Alex Caruso? Respect to all three, Rondo and Cook are champions, Caruso has only gotten better in his time between the G League and the NBA, but if you’re relying heavily on any of them you got big problems.

So who is the player that can propel the Lakers back to the top?

DeMarcus Cousins- Cousins at 85% health paired with LeBron and AD could be a legitimate big three. DeMarcus is a player that stirs emotions in almost all NBA fans. The volatile and often misunderstood big man is uber-talented and uber-frustrating to root for (just ask Kings fans). His time in New Orleans was short-lived. It’s sad we never got to see the full potential of the AD/Boogie pairing, although who knows how a two ball-dominant big lineup would fare long term.

Boogie’s recovery and brief run with the Warriors had its moments; he quietly averaged 16.3 points and 8.2 rebounds in his 30 games with the Dubs. But we also saw just how hard it is for a seven-footer to come back from an Achilles injury (prayers up to KD). He tore his quad in the playoffs which is a common injury among players recovering from an Achilles tear. Boogie got his first taste of the playoffs last year (however brief) and say what you want, he is a ferocious competitor. A healthy Boogie makes the league more exciting.

The Lakers are banking on a healthier Boogie this year after signing him to a $3.5 million veterans minimum contract. It was reported that Miami also had interest in Cousins, but several Lakers players, including his former running mate in New Orleans Anthony Davis, convinced him to come to LA. Side note: choosing between working in Miami in LA is a great problem to have. This move is a low-risk, high reward move for the Lakers who get Cousins for cheap, and a year healthier (hopefully) than Warriors did last year.

Cousins health is obviously the biggest factor in how much he will contribute this year. But it’s a risk you have to take if you’re the Lakers, especially after the power move Kawhi pulled taking his talents to the Clippers along with Paul George. Cousins could fill several roles for the Lakers, but for now, his best role is a go-to offensive weapon off the bench. 6th man Boogie would be awesome to watch, just give him free rein against other team’s bench mobs to score and facilitate. In a perfect world, he and Kyle Kuzma could hold down the fort if LeBron and AD are both on the bench. Although resting them both at the same time is a risky move.

Cousins does have experience playing with Anthony Davis however, Davis is best as a 5 man so the Boogie/AD pairing will be used sparingly. A KCP, ‘Bron, AD, Kuzma, Boogie lineup could be interesting together as a big lineup who can shoot, and a Boogie/Bron pick and roll has the potential to be deadly. The Lakers won’t have any problems generating offense, but defense is something they will struggle with all year. Cousins doesn’t help defensively, but if the Lakers use the “best defense is an unstoppable offense” strategy then a healthy Boogie will gladly get buckets to help the cause.

Worst case Boogie is unhealthy and unhappy and turns into a distraction, but his reputation as a distraction is overblown. He does great charity work of the court and showed he could fit on a championship contender with strong personalities in his year with the Warriors. It will be interesting to see how the Lakers use Cousins throughout the year, and I would expect some growing pains but if he can find a way to flash the talent we saw pre-injury, he will turn out to be the biggest free-agent steal of the year and the X-factor to a Lakers championship run.