Is Kawhi Leonard the Heir to the NBA’s Throne? 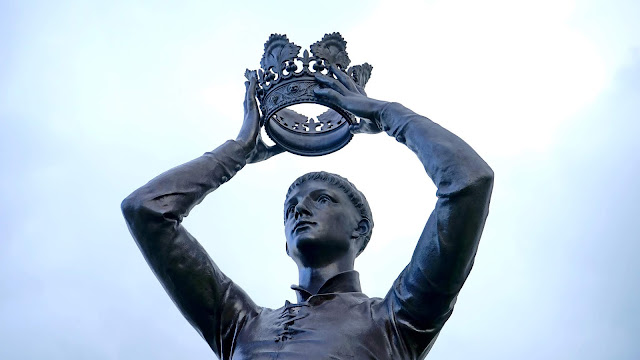 The NBA has always had a “face”. In this article we look at the history of the “face of the league” and examine those in line for the title in 2019-20

The NBA always has and always will be viewed as a player’s league. A game in which the player’s faces are so visible to the fans and the fans are so close to the action makes basketball one of the world’s most interactive sports. There are only five players on the court at a time, 15 on a team and one player can dominate a game, and even a season. In fact, over the entire history of the league, there has been at least one person who represented the league for a couple of years at a time. Some have even been recognized as the face of the league for a decade at a time. Some years it was several players who battled for the title best player in the league, and an argument could be made that the best player often coincided with best team or championships.

During the late ’50s to the mid-’60s, Bill Russell was the face of the NBA. One of the most skilled big men who ever played the game, leading the Boston Celtics to 11 championships in 13 years and 12 finals appearances. During that time, he battled with another great big man, Wilt Chamberlin. But because Wilt “The Stilt” consistently lost to Russell in the Finals, he often was not considered the best player in the league during Russell’s heyday from 1959 to 1966. However, Wilt was the more dominant player, as he averaged more points, assists, rebounds per game. Kareem dominated the NBA in the ’70s. In that span, he won 6 league MVP’s, 2 NBA titles, 1 Finals MVP’s, 10 All-Star appearances, Rookie of the Year, 2 scoring titles, 10x all-defensive team and an unfathomable list of other accomplishments.

In the early ’80s, Magic and Bird were the faces of the NBA. The epic rivalry between the Lakers and the Celtics began in college between Magic and Bird which ended with Magic’s Michigan Spartans defeating Bird’s Indiana Hoosiers in the NCAA championship. From then on, they ruled the NBA for the next decade, with either the Lakers or the Celtics playing for the championship every year in the ’80s.

Perhaps one player that ultimately brought the NBA to new heights was Michael Jordan. MJ was the face of the league from 1988 to 1998. His popularity was unseen before in sports history. From the U.S to Tokyo, Jordan transcended basketball. From his death-defying dunks to his trademark Air Jordan shoes, he captivated the minds of many aspiring youths. His resume includes 6 league MVP’s, 6 NBA titles, 6-0 in the finals, 6 finals MVP’s and 14 NBA All-Star appearances in 15 years. The one All-Star game he didn’t make was because he played only the last half of that season. He led the league in scoring 10 times, won 2 gold medals, 2 slam dunk championships, 1988 defensive player of the year, and 9-time all-defensive first team.

After Jordan retired for good, the face of the league changed hands many times. Some would argue it was Kobe, some would say it was Shaq. Even Allen Iverson, who ushered in the hip hop style to the NBA, was the NBA’s most recognizable player at one point in time. However, there was no debate about who ruled the NBA from 2010 until now. LeBron James.

Ever since James burst onto the scene, he has been dubbed the “Chosen One.” From high school to the pros, James’ face has been one of the most recognizable sports figures in the world. Beginning with his first MVP award in 2009, James, aka the “King” has been widely recognized by most as the best player in the game, and with no doubt the face of the league. His unique combination of power, skill, and speed is unheard of. He is a point guard in a power forwards body, possessing the athletic ability of a much smaller man with the strength of Karl Malone. LeBron has often been heralded for his extremely high basketball IQ as he is excellent at reading defenses, dissecting individual tendencies and plays. His highs and lows have been greatly debated, however, the majority of his peers have viewed him as the best in the league until now.

For the last couple of years, LeBron has been losing his grip on the title “best player in the league.” While offensively he has continued to be dominant as a player, dragging a Cleveland Cavaliers team to the NBA finals with a band of misfits and a brittle All-Star in Kevin Love. However, although his physical skills have not diminished much, even at age 35, he often chooses when to play defense and when not too. His effort on defense is lacking, which has prompted not only fans but critics as well to dispute his place as the best in the game. First, it was Kevin Durant that supplanted him. KD is younger, has vastly improved his defense, is a sniper from anywhere on the court, can drive, pass and is highly intelligent. In leading Golden State to consecutive NBA titles in 2017 and 18, he became in many eyes the unquestionable best player in the league. Some wondered though was that a product of him being surrounded by all-world talent? Considering that the Warriors reached the NBA finals the previous two seasons without him, won the title in 2016, and if not for a historic comeback from a 3 games to 1 deficit at the hands of the Cavaliers, led by LeBron and Kyrie Irving, would have won two straight in a season where they set the record for most wins in a season in NBA history.

Now a new player enters the discussion as the best player in the league, Kawhi Leonard. Leonard is and has been considered one of the premier players in the league for a long time. Unlike many of the other players who were considered the best players in the league, Leonard’s arrival in the NBA came without much fanfare. Originally drafted 15th overall out of the University of San Diego, Kawhi was traded to the Spurs by the Pacers on draft day. Over the first fours years of his career, he averaged 12.2 ppg playing alongside NBA stars Tony Parker, Tim Duncan, and Manu Ginobli. Leonard, known as the “Klaw” made his mark on the league as a defensive demon, and in the 2014-15 season led the league in steals. As Parker, Duncan, and Ginobli began to age, Kawhi began to get more opportunities to shine. He began to make the most of his opportunities, as his scoring average rose to 21.6 ppg in the 2015-16 season. He was the 2014 NBA Finals MVP, getting recognition for slowing down LeBron in that series as the Spurs claimed another title.

Until recently though, Kawhi has not been in the discussion as the league’s best player. For one, he had never had to carry a team. For the majority of his career he wasn’t even the focal point on the Spurs teams he played on. His skill set was undeniable, but with LeBron dominating, and Kevin Durant leading the Warriors, no one brought up Kawhi.

In the Summer of 2017 that all changed. Duncan was gone and Parker and Ginobli were no longer the players they used to be. The offense ran through Kawhi and recently acquired power forward, LaMarcus Aldridge. In 2017 Leonard was the Spurs “do everything” star. He led the team in scoring with 25.5 ppg and carried them to the Western Conference Finals against the Warriors. In-game 1 of that series the Spurs were dominating the game when Kawhi suffered an ankle injury that would ultimately change the course of his career.

From that point on Kawhi battled injuries and the Spurs medical staff, only playing a total of nine games in 2018. He demanded a trade that Summer and was shipped to NBA Siberia, to the Toronto Raptors along with longtime teammate Danny Green for Demar Derozan and other pieces.

In 2019 he entered the discussion as the best player in the league by leading the Raptors to the 2019 NBA title and capturing the Finals MVP for the second time in his career. This time he was the best player on the team and unquestioned leader. Toronto had failed to advance to the Finals multiple times in previous years and Kawhi was the main reason they were able to win it all.

Over this Summer, Kawhi made a jump to the Los Angeles Clippers in a move that will change the basketball landscape. Many talking heads have anointed Leonard as the game’s best player, after his recent accomplishments. They cite his scoring ability, leadership and defensive prowess, coupled with his reign as the current NBA Champion. This assessment leaves out some very important arguments though.

For starters, the Raptors were one bounce of a last-second game 7, game-winning shot against the Sixers from being bounced out of the second round. They also faced a Warriors team without KD and a hampered Klay Thompson, who also suffered a serious knee injury in game 6 that ultimately cost the Warriors the series. During the season, Kawhi was not in the discussion as the MVP but somehow leaped-frogged Giannas, Harden, Durant, LeBron, and AD as the best player in the league.

Although his playoff performance was spectacular, and his ability as a complete player is unquestioned, the notion of Kawhi being the best player in the game is a bit premature. Durant is hurt. LeBron was hurt. Much more is needed from Kawhi to anoint him as the best. With the parity in the NBA established now, and the competition healthy except for Durant, we will truly see in indeed Kawhi has taken the mantle from LeBron and KD or if he is just the beneficiary of extenuating circumstances.

I believe the latter is the case.