LeBron James has been the very best player of his generation, without a doubt. Will the 2019-20 season see a continuation of that dominance, or a decline? 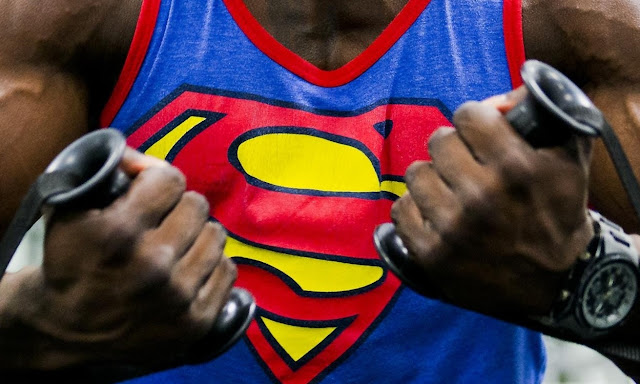 Buckets of superlatives. The G.O.A.T, the Chosen One, the King. The achievements. 3× Ohio Mr. Basketball, Rookie of Year, 3× NBA champion, 3× NBA Finals MVP, 4× NBA Most Valuable Player, 15× NBA All-Star and 3× NBA All-Star Game MVP. Mountains of pivotal moments, a plethora of historical debates about his greatness, place in history, physical attributes and social endeavors. Now in the twilight of his career, many have begun to question what Bron has left in the tank.

Entering his 16th NBA season, LeBron James had just completed one of the greatest postseasons in NBA history with the Cleveland Cavaliers. The season began with the trade of fellow All-Star Kyrie Irving to the Boston Celtics and was then interrupted by a complete overhaul of the team due to a series of  unprecedented mid-season trades. Finally the season concluded with James appearing in his 8th straight finals appearance. There was no question as to who James was. He had just single-handedly carried the Cavaliers to the NBA finals, with a group of inexperienced role players plus a hobbled all-star in Kevin Love and J.R Smith, one of the heroes of the 2016 Cavaliers NBA championship team who was at this point just a shell of that player.

As another highly anticipated summer approached many in the media circles had already concluded that James would be taking his talents to Hollywood to resurrect one of the NBA’s most storied franchises. He was on a mission not only to restore the magical Lakers lore but also enact the 3rd installment of “Showtime” at the Staples Center. On July 1, 2018, it was announced that LeBron James would be signing with the Los Angeles Lakers on a four-year deal worth the maximum salary of $154 million. His departure from Cleveland to L.A was met with mixed feelings. Some felt he chose the Lakers because of the Hollywood draw and desire to set up his post-career, while others felt he was moving on because the Lakers allowed him to recruit better players in L.A than he could in Cleveland.

LeBron has always been regarded as one of the most physically gifted and well condition athletes. Not only during his era but of all eras. This is another characteristic that he shares with Michael Jordan and Kobe Bryant. Physically gifted but never rested on their laurels. James is the rarest of breeds. Big, fast, strong, intelligent, studious, and driven. So, at age 34 one must wonder, how much does he have left?

Many intriguing arguments can be made as to why James is no longer considered the game’s best player and why he is ultimately not going to be able to continue to dominate the league. For instance, the minutes played.
This will be LeBron’s 17th NBA season. Coming off a season in which he failed to make the playoffs for the first time in 14 seasons. He suffered the first major injury of his career, missing 17 games in a five-week stretch in which the Lakers fell from 4th place in the West to 9th and ultimately missed the playoffs. Even though LeBron put up MVP type numbers after returning from the injury, (averaging of 27.7 points, 8.9 rebounds, and 9.8 assists) something seemed to be missing. Diminished was LeBron’s ability to control the game and dictate the tempo. He seemed to lack explosion and lift. At times he showed a decline and the talking heads questioned his ability to continue to be well…LeBron.

Throughout his career, LeBron has logged 46,235 regular-season minutes played, ranking him 15th all-time in NBA history. He ranks number one in playoff minutes played. That’s more than Michael, Kobe, Magic Johnson, Kareem Abdul-Jabbar, Larry Bird, Wilt Chamberlain and Bill Russell in career playoff minutes at 10,049. That’s over 800 minutes more than the number two ranked player, Tim Duncan who logged 249 games and 42 minutes per game. To continue to do this, even on a team that has the talents of Anthony Davis and Kyle Kuzma, will be difficult to maintain.
An athlete’s biggest obstacle is father time. He is undefeated. Even the greatest have had to take a back seat to sports mortality. History states that all the greats began to come down a notch in their early 30’s. From Wilt to Kareem, from Magic to Kobe, from Allen Iverson to Dwyane Wade, all have seen a decline in athleticism and play when approaching their mid-30’s. There has only been one exception that comes to mind and that’s MJ. During Jordan’s final two years he won two titles. He averaged 29.6 points per game, 4.3 assists per game, 5.9 rebounds per game, and shot 48.6 percent from the field at age 33. At age 34, Michael was still regarded as the greatest player in the league, averaging 28.7PPG, 5.8 RPG, and 3.5 APG while shooting 46.5 from the field. His scoring average increased in the playoffs that year to 32.5 PPG. He also was named to the NBA’s all-defensive team those last two years in Chicago as well.
In a recent poll of 20 NBA executives LeBron James did not receive a single vote as the best player in the league. Actually, he did not receive a vote for being one of the top three players in the NBA currently. On ESPN’s Get Up, the argument on whether he is still the best player in the game is highly debated and Jalen Rose made some compelling arguments concerning why he is not. Mostly, the arguments are based on the Lakers not making the playoffs, however it does not address the difference in rosters between the players ranked ahead of LeBron.
So, the rarity in which an athlete can sustain the level of greatness that LeBron has displayed over his career is unthinkable. It must be noted though that this man spends an excessive amount of money on his body. Training, maintaining, eating, resting. It has been reportedthat he spends almost 1.5 million dollars on his body, every year. Hyperbaric chambers, cryotherapy, professional massages, personal trainers, extreme workout techniques, etc. What this tells us is that “the King” is willing to put in the work. He seems to be determined to bounce back and his track record and pedigree suggest the same. He says he is coming back with a vengeance, we just have to wait and see. One thing I know for sure is he puts his money where his mouth is.