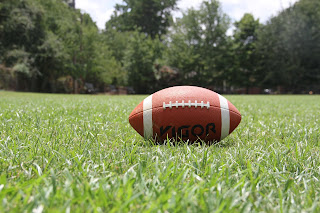 In 2019, the Los Angeles Lakers once again became a legitimate contender for the NBA championship. Beginning with the arrival of LeBron James in 2018 the return to prominence for the Lakers storied franchise has been greatly anticipated. This off-season’s blockbuster trade in which the team acquired perennial all-star forward Anthony Davis, pairs James with the second star needed to compete for an NBA title. The West is now wide open, in part due to the departure of Kevin Durant and the injury to all-star guard Klay Thompson from the Golden State Warriors. In looking at the Lakers top three players and how their roles translate to the gridiron, we can better understand how this team expects to come together.

LeBron James. Some in the basketball world consider James to be the greatest who has ever played the game. Some even at the age of 34, consider him to be the best in the game now, even though many will argue that he no longer holds that distinction because of his mediocre defensive effort. LeBron is the Quarterback of the Lakers. Even at age 34, he still has world-class athleticism, excellent court vision, and one of the games highest basketball IQ’s. Think of a quarterback’s attributes that would make him elite.

LeBron controls the game like no one else. He can read defenses and anticipate where players should be. He knows his plays as well as the plays of the other team. It has often been quoted that LeBron studies every player’s tendencies and has an astounding ability to remember every play.

Anthony Davis is the tight end that plays like a wide receiver. He reminds me of a Jimmy Graham type. Tall and Long, but possesses the speed to stretch the defense. Or maybe a better comparison would be future HOF wide receiver, Calvin Johnson. Davis can shoot from beyond the arc as well from mid-range. He can attack the rim off the drive. He also can play in the post and can create his own shot as well as create for others. Defensively he potentially can guard four positions. Davis possesses the lateral movement and foot speed needed to stay with smaller guards and forwards, while also possessing the size to bang with the bigs.  His unique skills as a big man derive from a late growth spurt. A.D played the point in high school, which explains his exceptional quickness and agility for a big man.

The third most important player on this current Lakers roster is Kyle Kuzma. Kuz is key to this team because he is expected to flourish next to two of the top five players in the league. Kuz is the Lakers version of an all-purpose back. He can shoot the 3 (all though his 3-point percentage dropped last year from 36% to 30%) and he can also get to the basket off the bounce extremely well. His ability to play off the ball is especially key when playing with James and Davis as he will have many opportunities with defenses focused on those two. Kuzma has a lot to improve upon defensively, so look for him to continue to work on his game.

The Lakers expectations have accelerated with the addition of Davis and the front office’s determination to keep Kuzma in that deal. With James nearing the end of his career, the urgency to win now is greater. He championship pedigree and leadership will need to be on display if the Lakers are to return to the top.