Why else do you think teams tank… allegedly. Its because the prospect of being really bad in order to get a better draft pick and the potential to be really good far outweighs the horror that is mediocrity. Being stuck at or near the 40 win plateau for an NBA franchise is simply not where they want to be long term.

In that regards the Clippers are in fine shape. Over the last five seasons they have averaged almost 55 wins a season. By all accounts, a very impressive run. The problem, as any Clipper fan will tell you with disgust and every Lakers fan will tell you with glee is that the franchise can’t seem to win in the playoffs.

In two of those five seasons the club lost in the Western Conference semi’s. The other three seasons that 55 win (on average) team couldn’t make it out of the first round.

Sure, the Western Conference is tough, but, so what? Sure, the team has it’s fair share of injuries, but again, so? Every team goes through a process as Joel Embiid has dutifully and consistently proclaimed to the Philly fan-base. Teams generally have to go through a rough patch before they reach the promised land. A harsh reality for some however is that they go through the process only to never grab the brass ring.

Consider the Utah Jazz teams in the years between 1993 through 1998. The team was led by Karl Malone and John Stockton. Over that five season period they averaged almost 59 wins. They lost in the Western Conference Finals in the 1993-94 season. Already further than the Clippers have ever made it, said every Lakers fan with a sly grin. The process then reared its ugly head and the Jazz were ousted the following season in the 1st round.

Nope, they lost again. Surely. The franchise hasn’t made it back to the Finals since. 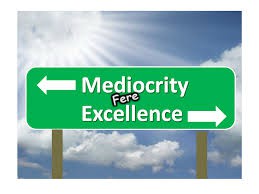 Sure, .500 is the kiss of death and no one wants to be there for long. But just above that status is one that is just as cruel and much more painful. If .500 is mediocrity (and it is) lets call the next level fere. Why fere? I’m glad you asked.

Fere is the Latin word for almost. When you reach fere you can see the Larry O’Brien. The Association might even let you take pictures with it. You touch it, smell it, you want it. You are so close, you have it…almost.

The Jazz never got past fere, the Clippers hope to.

Is this the season they do it? Well so far it’s not looking too good. The team is new and playing like they are still getting used to each other. Sometimes they look solid, other times they look lost. The process as described above was meant to convey years of ups and downs that mold a group of individuals into a team. That’s the big picture, but there is also a process that every team goes through in season.

After 10 games the Clippers check in at .500. The process continues but for now, fere looks to be a goal for the Clippers instead of a plateau they are ready to get past.